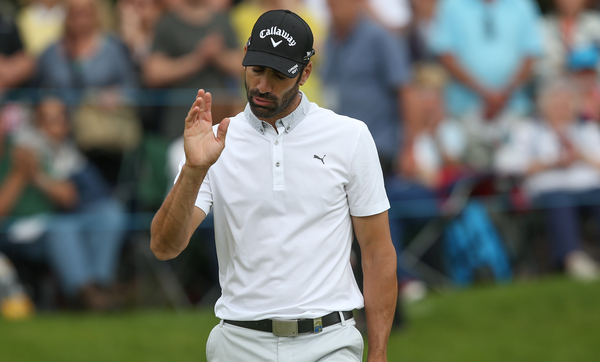 I’m writing to all of you while I spend a few days resting and reflecting, calm and collected, because I suspect that my problems are more about confidence than anything else. I continue to feel that lack of hope. Or better said, the lack of faith in the things that can be changed. It’s as if I’m stuck on the good results as a way of being able to make the changes, instead of making the changes to get the good results…I don’t know if that makes sense.

It’s just that I don’t know where to start in this matter, that’s the honest truth. It’s not easy. The main problem I see is that I’ve lost a lot of the good qualities I started with before. In other words, things that have nothing to do with technique, nor any specific aspect of the game.

For example: I used to get a thrill out of those high-pressure moments, when you reach the point where you’re playing with any given objective on the line. I truly used to enjoy myself in those situations and that’s a quality I had before.

Now it’s not like that. Another example: I used to always get really heated on the course when I would miss a shot, but I would quickly recover and be eager to make changes in order to turn things around. Now I don’t have the energy.

I’m physically in shape, although the protrusion in my back is there which has always, always, been a slight discomfort. But that’s not the problem. The origin of it all, I think, is when I tried to change my swing in order to improve even more because I had set the bar really high. Things didn’t work out and that began to generate insecurities…up until now.

It’s clear that I’m not going to give up. I’ll start to play again in the KLM and from there, six weeks in a row: KLM, Italy, Porsche, Alfred Dunhill, British Masters and Portugal. I’ll let you know soon how everything is going…