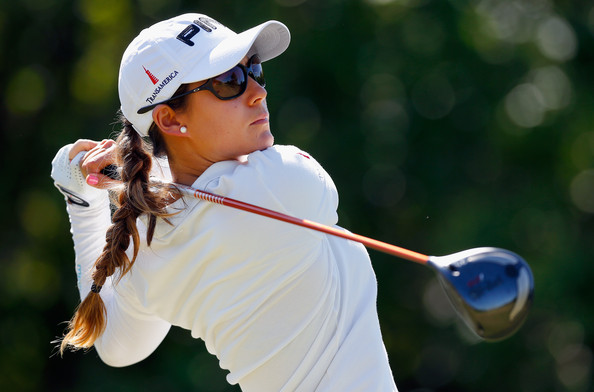 Hello everyone from the kitchens of the Ricoh Women’s British Open, which means a Major week, the first of the year in Europe, at Royal Birkdale, a special course for me for many reasons.

It’s an incredible scene. Here I played in my rookie year on the circuit (2010), Yani Tseng won and signed my best result so far in the British. It’s my favourite links, for sure the memory helps but not only that. It’s pretty tight off the tee, but the second shots are fairer than others. I love it.

Yesterday we had very good weather. It was a busy day. I had some problems with the clubs last week so I took the opportunity to spend some time with my family and friends in Málaga. And, of course, Murphy’s Law, the clubs were lost on the journey from the United States. It took almost a week for them to arrive and, frankly, I was already a little impatient. After they arrived I went out to try them to see how they were. Everything was in order and perfect. So I´m happy.

I am guessing you are aware that PING has released a new range of clubs, the G30. Angel Cabrera won last Sunday at the PGA Tour with the new driver and woods, so I tried them yesterday on the practice ground. The result was great. The ball goes a little faster, and further, and flies better.

The course is green but hard, and the forecast says there will be good weather during the week, so it will become increasingly harder. We’ll see, because forecasting here is like playing the lottery.

Well, I leave now to play in the Pro-Am. Hopefully it will be a good week.

'Opendicitis' to finish off the yearAzahara Muñoz
5 March, 2021
The year came to an end with an unexpected visit to the hospital. It all started on Wednesday of last week. Suddenly, I woke up that night with a sharp pain in my stomach. Strange. I had never…
A note on the mirrorAzahara Muñoz
5 March, 2021
It’s the Thursday of the Open de España. I’m going to play in the morning session. Very early start. The first thing I do when I wake up is go toward the mirror. There’s a note. What was it?…
Controlling expectationsAzahara Muñoz
5 March, 2021
I don’t think it will come as a surprise to anyone when I say that I haven’t started the season off as I’d hoped. We’re already a third of the way through and the truth is that the results…
A foursome team for lifeAzahara Muñoz
5 March, 2021
I’m writing to you on a short break. What a crazy week. This Saturday I’m getting married in Málaga and I’m extremely busy, although the one who is really doing all the work is my mom. Bless…