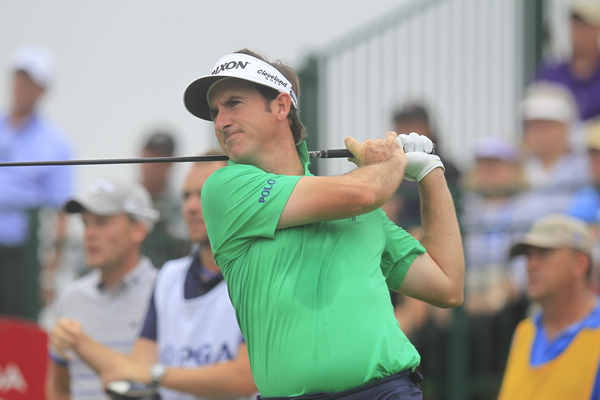 Hi Everyone. I’m writing on my way to Brazil where I’ll begin a series of five weeks in a row of competition. The first two weeks will be in the Web.com Tour in Sao Paolo and Cartagena de Indias (Colombia), then back to Europe for the Open de España in Valderrama and then back again to the Web.com where I’ll play in León (Mexico) and Evansville, IN (US). Five weeks ahead of hours filled with airports and planes, but which I am truly excited about.

It’s been a very different start of the year than what I’ve been used to, I had never competed in so few tournaments before: we’re almost in April and I’ve only played in two tournaments this year. The start of the Web.com Tour calendar is a bit slow; up until now there have only been three tournaments and in one of them, the Louisiana Open, I didn’t make it in due to my status. That together with the fact that I did not receive any of the sponsor exemptions I requested (LA Open, Honda Classic, Puerto Rico Open and Louisiana Open), and I didn’t make it through on the three Monday Qualifiers that I played in (Honda Classic, Louisiana Open and Puerto Rico Open), means that I’m a bit rusty right now as far as competing goes.

The good thing about these months I’ve had off is that I’ve been able to practice a lot and to make changes which I consider to be significant and necessary in order to go into this new season with a certain amount of confidence and assurance. Jose Carlos Gutiérrez was with me in Miami in February and we made a few tweaks to the swing that needed to be improved and which were directly affecting certain aspects of my game that have been a bit weak since some time ago: wedges, “punches” and short game. Afterwards I was in Dallas for a few days with Randy Smith reinforcing the changes and getting new ideas. This, together with the fact that I’m healthy, has allowed me to have long, quality practices. The reason I’m in good physical shape is because of Michael Garrett, British physical therapist in Florida, who has helped me out a lot with my back and hip problems, since we started working together at the end of January. It’s like we say in Spain, the magic touch! And anyway there’s nothing like spending time at home with Alicia and the kids to recharge my batteries and to come back strong for the “second start” of the 2016 season.