Inicio Blogs Jon Rahm That’s how I’m going to prepare for the US Open and my...
Compartir 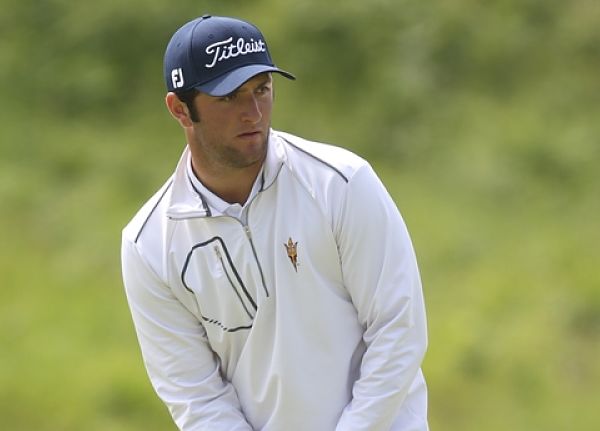 Change of plans for the US Open. It’s now been confirmed that I’ll play as an amateur, through the invitation I received from the USGA after having finished the course as Number One in the world rankings. I let you in early on the news a few days ago through social media and now I want to take advantage of my blog to explain in more detail.

My idea was to play in the qualifiers and if I earned a spot, they don’t give them away, they are very tough classifications in the US, I would go on as a professional and would play in the US Open as a pro. Why? It’s simple. My objective is to earn the PGA Tour card this year through the invitations I receive, but of course everything I do as an amateur doesn’t count toward the card, which means that if I played in the US Open as a pro and I did well I could gain a lot of ground.

However, the USGA made it clear that in order to play in the qualifiers I have to decline the invitation I have as an amateur, and I’m not willing to do that. That would be putting the luxury of being able to play in the US Open at too high of a risk which, on the other hand, I’ve earned through my career as an amateur. I understand the USGA’s position, because their argument is that it would be taking another golfer’s spot away when I’m already exempt, but I truly think, with all due respect and without wanting to start controversy, that they don’t exactly make it easy on us amateurs in such a difficult transition as moving from amateur to pro and to obtain the PGA Tour card.

At any rate, this is water under the bridge. My objective now is to get ready for the US Open and to try to do the best I can. I couldn’t have had a better debut: a US Open in Oakmont. Can you ask for more? You already know they call it hell…I know that anything can happen. Tough as glass greens and two fourths rough…I’m letting you know ahead of time that my plan is to play it in May, in order to be well prepared and to get to know it with my coach. The plan is also to go the Saturday before the US Open and to play it starting on Sunday. All previous knowledge of the course is going to be a good thing and will help a lot.

But I won’t be playing in the Open de España in Valderrama which is a really tough blow for me. Above all, I would like to thank Sergio García and Nacho Gervás, sports director of the Spanish Federation. They both called me personally to invite me to the tournament. I am very grateful. I was really excited when Sergio called and, sincerely, I am really disappointed not to be able to go, but I can’t make it work with the tournament schedules and my studies in the US. I would miss the championship I would play here with my team just a few days before the Open de España and, apart from that, I would be away from the University for more than a week which means I would miss a week and a half of classes. I think it’s too much. It was a really tough decision to make, because I also love the idea of playing in Valderrama, my Open and with the support of such an amazing golfer as Sergio, but I think it’s for the best. That being said, I’m telling you now that next year, as a professional, I will play no matter what in the Open de España.

Lastly, as far as my current game, I’m happy, I feel good. Since the last time I wrote I’ve played in four tournaments with Arizona State and I made top ten in all of them. I wasn’t able to take home the win, but I was always right up there and I think that’s really important. I’m playing well, although I still have to make some adjustments as far as distances. I’ve put on a lot of muscle in the past couple months and sometimes I hit the ball a bit out of control as far as meters and distance go. For example, what used to be an 8 iron, is now sometimes a soft 9 iron. But it’s alright, it’s a process and I have to adjust little by little.