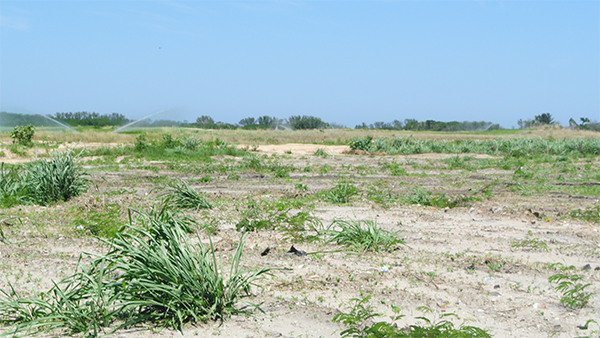 The Olympic Games in Río de Janeiro are just around the corner. After one hundred and ten years, golf will once again be an olympic sport and, at the moment, there will be two editions, Río de Janeiro in 2016 and Tokyo in 2020. Thereafter remains to be seen. That’s why it’s important to bring it back in a big way, although the truth is that they’re not making it easy. The Río objective shouldn’t only be at the forefront of our golfers’ minds, but also of those responsible for the grounds being in perfect condition, and as of today, I can assure you that Riserva Golf, at Barra de Tijuca is not up to par.

I was able to verify its precarious condition this week on a trip I took to Río de Janeiro and my impression is that it’s far from being the course to host golf’s return to the Olympics. When I was organizing the trip with my friend Susan, who is living there precisely for “olympic reasons”, I asked her if we could squeeze in a visit to the golf course on our sight-seeing tour. I was completely surprised by her response: “the golf course?” “There isn’t anything!” Just one more reason to go and check it out, I affirmed. And there we went.

The entrance is alarming. Fenced in by asbestos-filled planks, far from the image of a golf course set to be finalized for mid-2015, in other words, within five months. After the asbestos, you step into a wasteland where employees go around supervising construction work, which doesn’t seem to be moving too quickly. So little, in fact, that it made me doubt whether or not we were at the right place, so we asked one of the workers who was making rounds. Sure enough, we had set foot on the olympic course. In theory. After confirming that it was going to be the golf course of the olympic games, they explained how the building which would be the clubhouse would look, still yet to be built. I was so surprised at how little had been accomplished that I looked around the outsides of the course and saw the same image of unfinished construction work…urbanist speculation. However, to be clear, next to the buildings, a pristine helicopter, which may be of good use to a golfer who gets stuck in traffic, which has happened on more than one occasion. At the farther end of the course, you can see a weak sprinkler system, protecting the parts of the course that have been recently planted, weak due to the huge draught that has taken a toll on Río. Those that are quite visible are the protestors that have been camping out since months ago just outside the grounds, safeguarding the protected area of Marapendi, in the midst of a tropical jungle, with a sign that says: “GOLF, FOR WHO?”.

Olympic Games are not easy to organize, and I’m convinced that, after having been pressured, they will make it in time and will present a course in the best conditions possible for 2016, but what is inexplicable, being so close –which in Río the distances can be extreme- are two incredible courses like Itanhangá Golf Club and Gavea Golf & Country Club, and they still insist on building this new course in a country where golf still isn’t very popular.

Throughout the next couple days when they announce the 2016 Ryder Cup captains of the European and American teams, which will be held in Hazeltine, imagine that the course still hadn’t been built…We would be in an uproar! And that’s exactly what happened to me when I saw the venue of the golf course of the Río de Janeiro 2016 Olympic Games.

In short, there is still a lot of work to be done, not only by the venue supervisors, but also by the athletes who want to represent their countries in the Río de Janeiro Olympic Games. The countdown has begun.