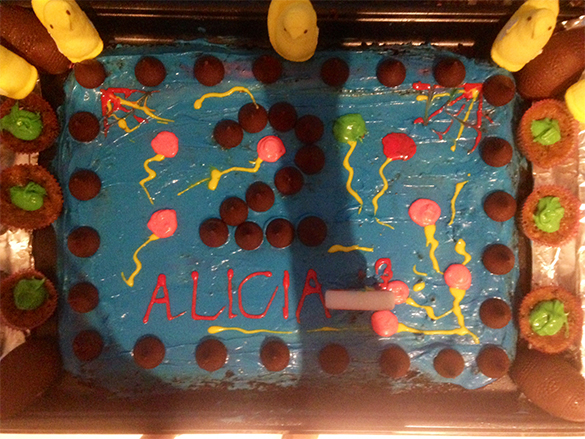 First of all I apologize for the delay in this new post. The truth is that although I try to update the blog weekly, recently there has been a lot going on, and I have found it impossible to sit down and write since Hilton Head. A week which, incidentally, was the wettest I’ve ever seen! It was a shame that I wasn´t able to do some sightseeing, because apparently it is a beautiful area. On the Sunday, we came back to Miami. 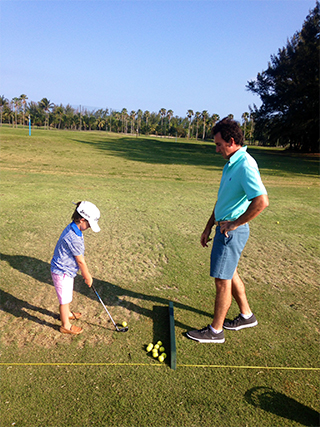 Gon took last week off, taking advantage of it coinciding with the second birthday of our little daughter, Ali Jnr. On Wednesday, the five of us blew out candles with her, after the twentieth time I stopped counting (and having fun). She has a sort of fixation with birthdays, as we do not celebrate much her first birthday, so this time she decided to take revenge on us, and so we spent the whole afternoon singing and blowing out candles. She has a very strong character (not sure who she follows??).

On Friday we organized a children’s party at home, and took the opportunity to invite the friends of Gonzalito and Lola too. There were a lot of people and by the end we were so exhausted, especially poor-old Gon, who gotten up very early that day.

On Saturday we made the most of a few days Tano Goya and his girlfirend Carlie Booth (who is also a golfer) were spending in Miami, and made a roast for them at our home. We also invited some of our Argentinian friends. One of them suggested Lamb, so too, Gon. So that afternoon (after training) they went to a nearby farm. They waited five hours, but it was totally worth it, it was amazing. We have a lot of fun dinners at home, and after living in a flat in Madrid we are making full use of our terrace.

My next tournament will be The Players next week. I will fly there on Friday because I do not want to be away for so long from the children, as we go from there directly to the Spanish Open.