Tengolf
GLOBALAMÉRICA
Inicio Blogs The East Wing of the PGA Tour After The Masters, the calm comes
Compartir 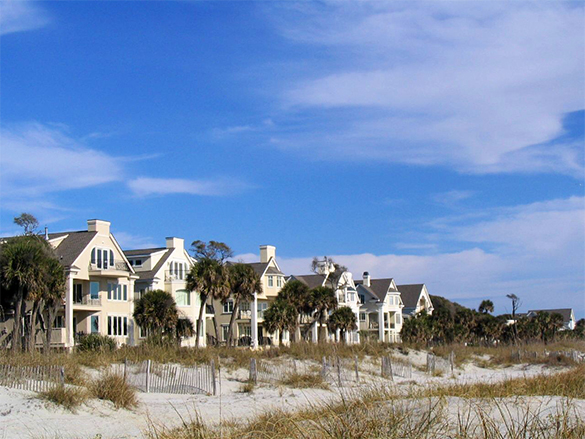 I’m writing a few words from the players’ lounge of our next tournament, the RBC Heritage at the Hilton Head, a very famous date on the PGA Tour calendar.

It’s an island located on in the southern most part of South Carolina, and a very popular vacation destination. The only downside is that since we’ve arrived, the weather has been pretty bad, so for the moment we haven’t been able to see much. But on the up side, Gon really likes the course and he’s playing well, so hopefully he’ll be able to bounce back from the week in Augusta.

We made the trip here by car from Augusta since it was only a three-hour drive, and Gon had to arrive on time to play the pro-am on Monday at midday. It was worth the trip, and I’m glad we came by car because I had never seen this part of the US, pretty different from the rest of ‘America’ and the part where we live. But, although this island is amazing, I wouldn’t change it for our (Key Biscayne) for anything!

I was really looking forward to this week, because after the stress and nerves from the Masters, I knew some relaxing days would do us good. The truth is that the post-Augusta is a little strange because I’m missing the adrenaline rush of the tournament, and the incredible group we were lucky enough to share those days with. But on the other hand, we’re resting a lot, and with so much traveling it’s nice to be able to spend some time alone.

If I had to describe my experience thus far with the PGA tour, maybe it would be that I feel a bit more lonely. Partly because as the wife or girlfriend of a professional golfer, you have to be a very independent person who doesn’t mind spending time alone, and who doesn’t feel overwhelmed by that, because it happens, a lot. It’s not just during the four hour games, but also the practice time afterwards, the gym, the physio, etc…That’s why you have to learn to organize your time and look for new hobbies, because if not, you could end up blaming your partner, who isn’t to blame at all in the end, it’s their job.

But I’m not going to lie, sometimes it gets complicated, most of all when you’re at the tournaments without family and friends. I was talking about it not too long ago with a European golfer friend of ours, and he agreed that it takes a while to get used to it. Despite the difficulties from time to time, I’ve always really enjoyed the trips, wherever they may be, and in fact I’ve asked Gonzalo that he take me with him more often. Maybe it’s because having kids, some time alone doesn’t bother me, I actually really enjoy it and it feels like a luxury!! I consider myself very fortunate, and I love getting to know so many new people and places, but it’s important to recognize the work the wives, girlfriends and friends put into it, which is a lot. 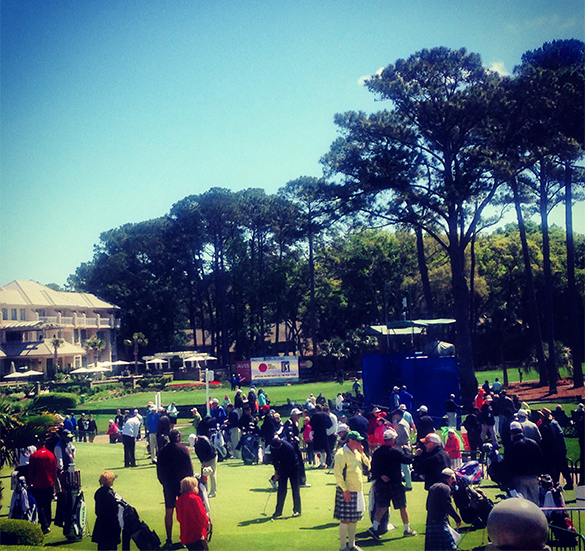