I’m already back home after some really fun-filled (and tiring!) days in Orlando. We rented a house for the week of the Bay Hill tournament because it was a family affair with the kids and my parents, much more comfortable that way than in a hotel.

The original plan was that the days before the tournament started, Gon (our nickname for Gonzalo) would go practice, and we would go to Disney World with the little ones. But after an entire day at the Magic Kingdom, I decided to hand the privilege over to my parents who, having had lots of previous experience with 7 daughters, are experts in that area now that they’ve already done this vacation a few times before.

We had the luck of meeting the most amazing host, Chema Sanchez, who was always checking up on us to make sure everything was ok, and he even accompanied me while Gon played his rounds. I don’t think I’ve ever met such a nice, charming person. Thank you so much for everything! 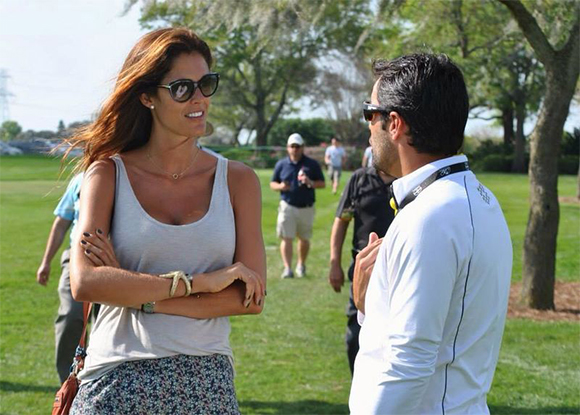 And I can’t leave out the story of how happy I was to meet a Spanish family the last day at the course that follows Gonzalo, and one woman came up to me to tell me she reads my blog and that she really enjoys it! So if you’re reading my post now, please send me the photo we took together and I’ll put it up in the next entry!

On Sunday afternoon, we made the drive back to Miami, and I dropped Gonzalo off directly at the airport to catch his flight to Malaysia where he’ll be playing in the Eurasia Cup. My parents were leaving the next day, so it was my turn to have the kids on my own the entire week since there’s no school because they’re on Spring Break, more or less the equivalent to Holy Week (Semana Santa) in Spain. A friend of mine told me there was a children’s camp being organized, but that the kids had to be more than 5 years old, and little Gonzalo doesn’t turn 5 until August, so yesterday went I went desperately trying to register him and I had to fill out his birth date, I went ahead and said he was 5. It didn’t dawn on me that when we became members of the club, we had to write down all of our children’s birth dates, so they caught me red-handed because when they tried to enroll him in the system, it was denied, coming up that he was too young. My face said it all! But in the end they felt sorry for me and they let him in. Either that, or the director was fed up of all my calls begging them to let little Gonzalo go, that’s another possibility.

By the way, although a few days have already gone by, I don’t want to forget to congratulate Alejandro Canizares on his success in Morocco, and my friend Ingrid for supporting him in every moment. We’re very happy for both of you, and we hope to celebrate all together next time we see each other.

The next tournament I’ll go to will be the Masters, the most special one without a doubt, and my favorite above all the others. I’ll try to update the blog at least 2 to 3 times that week, or even once per day, because this tournament is worth it. We’ll be staying with 10 or 12 friends all in one house, such a fun plan!

We couldn’t be happier with our life here in the US. Our kids our enjoying it, and they’ve adapted quickly and made lots of friends. We’re also really enjoying having so much family time. We’re only missing the Quiros-Lopez Castro family!! The results out on the field will come soon, but in any case, our experience has been incredible thus far, and without a doubt, the best one of our lives. 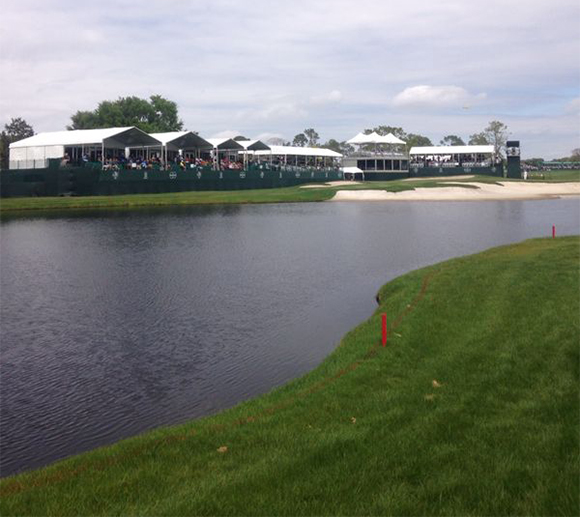