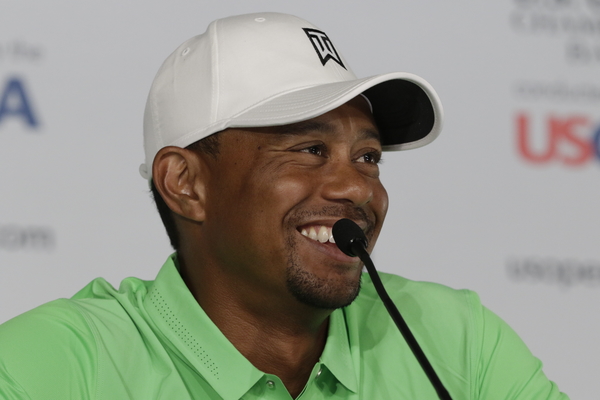 Tiger will be turning 40 on December 30th. The grand champion is more sure than  ever on the one hand and, on the other hand, this vital pause has caught him swimming through a sea of doubts. We’ll try to put this apparent contradiction under a microscope to break down and analyze the different elements:

– Tiger has understood and accepted that he is no longer up to doing the impossible of continuing to break records and, for example, to reach and surpass Nicklaus’s 18. It doesn’t close the doors to a triumphant comeback, but he’s already speaking in the past tense about his achievements and he admits that, whatever happens from now on, his career has already been extraordinary enough (and that it has been and more).

-This summer, he truly became hopeful with the thought of one possibility: which was that his two sons could celebrate the victory of his seventeenth Major, for sure in 2016. Keep in mind that Sam Alexis wasn’t even in his right mind when he won the US Open in 2008, his last Major, and Charlie Axel hadn’t even been born yet. But the subsequent and unexpected back surgery and the nature of his injury (the recurring pinching of the nerve, in layman’s terms) left him out cold for quite a few days…Quite possibly the point at which he started to see things differently. That’s what he did. He decided not to put himself under more pressure, to savor what he had already accomplished and if nothing else to give his body the time it needed to fully recover, and to see what would happen next.

– Tiger, in his way, will get closer to the people, because in the end he has finally understood that his legacy depends on it, not just the number of wins. Among which we must define as ‘people’ his fellow professionals, the media (even beyond the invaluable and profuse attention he would get after a round of competition) and through them, to the fans, to the admirers. That’s how, which is no small feat, we’ll be able to enjoy Tiger in a different way, closer up. Throughout part of the year 2015 he’s already shown good proof of it.

– Tiger, in fact, doesn’t have even the slightest clue of when he will go back to training normally and, from there, he’ll be able to establish a schedule. But he does have two things very clear. One: he’s not willing to go seventy percent anymore to win tournaments, and much less the majors. And two: all obligations, especially commercial deals, will not be what dictate his schedule. Last year’s experience in that sense, when he went back to competing much earlier than he should have, turned out to be an enlightening occurrence.