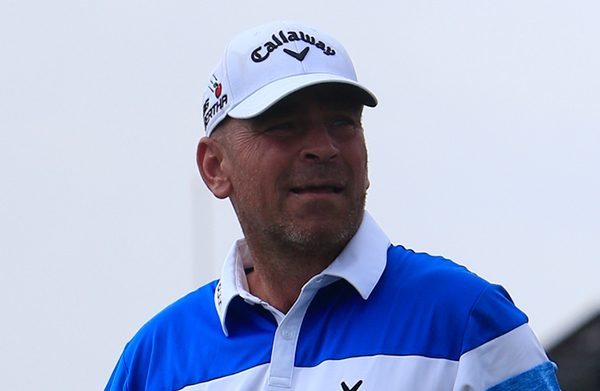 Next Wednesday, the committee meeting will be held to appoint Paul McGinley’s successor as captain of the Ryder Cup. José María Olazábal, Paul McGinley, Colin Montgomerie, David Howell and George O’Grady were called upon in Wentworth to choose the name of the future leader of the Old Continent in Hazeltine, Minnesota, in 2016.

It’s not at all clear who will be deemed defender of the title won over in Gleneagles, and much less so as it gets closer to decision time. The two clear favorites in all the pools, Darren Clarke and Miguel Ángel Jiménez, were both confronted by a third option at the last minute who seems to be making headway at an accelerated rate. According to what has been said behind closed doors on this decision, rumor has it that the third candidate would be Danish golfer, Thomas Bjorn.

The election of the next European captain of the Ryder Cup took an unexpected turn in the last few weeks. Just one month ago, there was almost not even the shadow of a doubt that Clarke would be chosen to pick up where McGinley left off, stated on this very website, in fact. However, as it gets closer to that time, both Jiménez and Bjorn, who also stated back then that he had no intention of being the next captain in 2016, have made a step forward out into the open and have shaken things up as to the uncertainty of what will happen next Wednesday.

In any case, it won’t be long now until the unveiling of who will command the European troops in the difficult mission at Hazeltine, where the American team will attempt to recover part of its wounded pride. For the time being, the US still hasn’t chosen their future captain.