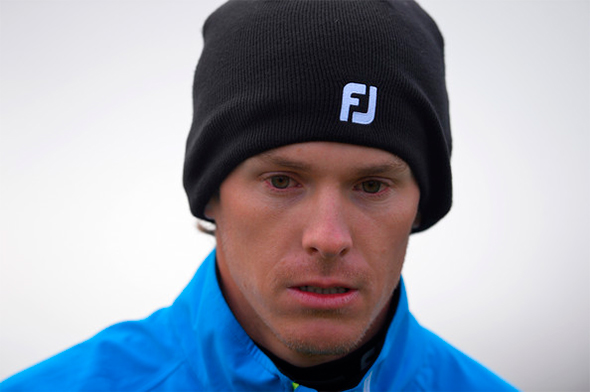 Garcia Pinto had to pinch himself to see that, unfortunately, he was not in the middle of a horrible nightmare. Pedro Oriol still has knots in his stomach and Jesús Legarrea had to keep swallowing just to put the club away. The three witnessed the misfortune of Madeira, the death of a colleague, Ian MacGregor, the caddy of Alastair Forsyth. A day they will never forget.

Nobody spent more time with Ian before his death than Garcia Pinto, who played with Forsyth in the first two rounds. They shared the driving range, putting green, and the eternal wait in the clubhouse. “It was terrible. I was playing with him in the morning and hours later he was dead,¨ explained the current leader of the Challenge Tour. And added, “It was very hard because you have a lot going through your head, and think that it could happen to anyone.”

Pedro Oriol could barely lift the club when play resumed after a moment of silence on the putting green of the Santo da Serra Golf Club. The Madrileño, knew MacGregor very well. “He was my caddy when I got my card on the European Tour in 2010, and was with me for five or six tournaments. I knew him well. This has been difficult. It has taken a lot to play,” he painfully stated. “It was very difficult to get back into the game, I more or less did, but I really do not know how,” says Jordi.

Oriol, like many, believes they should not have resumed play, but the decision was made between the Tour and Alastair Forsyth. “Ian would have wanted the tournament to continue,” said the Scot trying to maintain composure. In fact, Forsyth finished the 9th hole after the break.

The tragedy affects everyone and there was no knowing that MacGregor was suffering. “We have all been affected, it was terrible – a real tragedy. I did not know him but they say he was very nice,” says Jesús Legarrea.

There was unanimity when remembering Ian. Oriol said that ” he was a great caddy, always positive, and a good person.¨ What is clear is that he had a good friend in Iñigo Urquizu, caddy to Alejandro Cañizares. “He was a great person, very strong. We played with him on Thursday and Friday in Morocco.” A tournament which Cañizares ended up winning.

MacGregor, Zim Mac as he was called, was a promising amateur Zimbabwean player who decided to hang up his clubs in order to pursue his passion, carpentry. He was more than happy in his workshop, until one day a friend of his from his amateur days convinced him to accompany him around the world, with the bag over his shoulder. From then until his very last day, he gave his best.