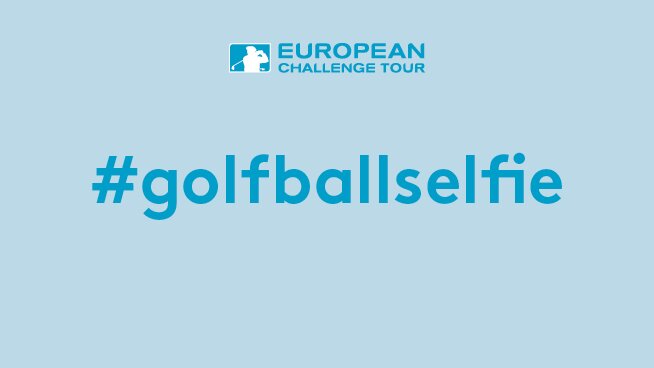 The European Challenge Tour today offers fans the chance to win a fantastic trip to the Omani capital of Muscat with the launch of the new #golfballselfie initiative across its social media channels.

The idea is simple: draw your face on a golf ball; take a selfie with your golf ball; share it across Twitter, Facebook or Instagram using the hashtag #golfballselfie and tagging in the Challenge Tour’s account. The best entrant, as voted for by the public, will win the grand prize.

The simple concept is designed to engage with as wide an audience as possible to help grow the Tour’s brand and reach potential fans as yet unaware of the role the Challenge Tour plays in developing some of world golf’s most notable and talented stars.

With the Challenge Tour players competing on the season-long Road to Oman, it is only fitting that the brilliant prize will see the lucky winner, plus one, claim flights and accommodation in Muscat during the week of October 30 – November 5.

That week is the finale of the Road to Oman as the Challenge Tour’s season-ending NBO Golf Classic Grand Final takes place at Al Mouj Golf, with the 15 European Tour graduates set to be decided, and hospitality to the golf is included in the prize package – though there is no obligation to attend should Muscat’s enticing combination of rich historical culture and sunny beaches prove too distracting!

‘Best’ #golfballselfie is intentionally open to interpretation – given the portable nature of a golf ball, and the speed with which you can sketch a face and take a photo, entrants are encouraged to be as imaginative as possible. A great location, unexpected company and the element of surprise will be just as important as any artistry.

Ultimately, though, the decision will rest in the hands of the public. Entrants will close at 23:59 GMT on Sunday August 27, after which point a shortlist will be chosen – a public vote across social media for the whole of September will then determine the overall winner.

The Challenge Tour’s Nico Geyger and three-time European Tour winner Johan Edfors can be seen originating the concept in the video below.