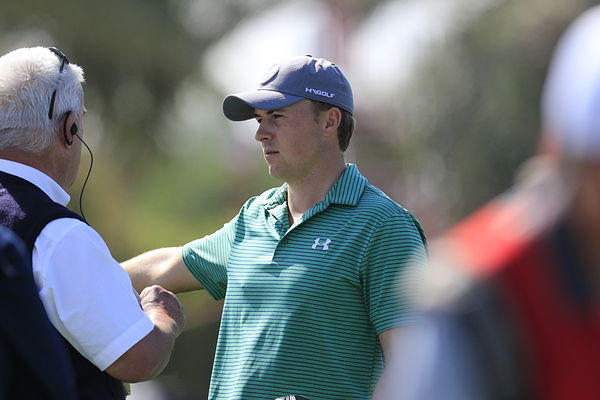 The European Tour’s pledge to speed up the game of golf got off to a positive start during the recent ‘Desert Swing’ with a reduction in round times being apparent under the new Pace of Play policy.

Referees were given additional scope to combat the issue of slow play with a new ‘Monitoring Penalty’, which began at the Abu Dhabi HSBC Golf Championship and continued at the Commercial Bank Qatar Masters and the Omega Dubai Desert Classic.

It will also be in place at all tournaments sanctioned solely by The European Tour this season, with the overall aim of making the game more appealing to fans, both at the course and watching on television.

The existence of the new ‘penalty’ offers referees the opportunity to more effectively identify slow players, as well as giving them an additional method of encouraging all players to keep to the scheduled pace of play. However, should they not respond to these promptings, the existing structure still permits referees to officially ‘Time’ players, which can lead to a one stroke penalty if timing indiscretions continue.

However, an encouraging factor to emerge from the early implementation of this new policy was the fact that no players in the first three weeks were given a monitoring penalty when their group was in position, a situation which illustrates well that the players are embracing the new guidelines.

Overall timing figures from the Desert Swing showed these new measures had had an impact on improving the pace of play, with the data in this early phase of implementation examined only from the opening two rounds of each event – traditionally the source of most congestion due to more players being on the golf course at one time and playing in threeballs.

In Abu Dhabi, the new policy helped reduce the average round time by five minutes for rounds one and two compared to the same tournament in 2015.

A similar effect was observed in Qatar, where 2016 figures for average times for rounds one and two were ten and four minutes quicker respectively when compared with the event in 2012, the last time the opening two rounds were played in comparably windy conditions.

Perhaps more notably, the last group times for rounds one and two were 19 minutes and 14 minutes quicker respectively compared to four years ago, meaning an earlier finish time for the tournament, and a significant step towards Chief Executive Keith Pelley’s pledge to try and reduce round times by 15 minutes.

Finally, in Dubai, there was a reduction of two minutes on average round two times compared to 2015, but more significantly the last match timings were considerably quicker than last year, with an average reduction of 13 minutes across the opening two rounds.

Such savings could conceivably mean larger field sizes in the long term, meeting another of The European Tour’s key priorities of increasing playing opportunities.

Pelley said: “We said before our new measures were introduced in Abu Dhabi that we wanted to take the lead on pace of play and it is terrific to see the policy has had an immediate effect, even though we are still in the early stages of its implementation. I am also pleased that our members have reacted positively to this change.

“We are continually striving to make our product even more appealing and entertaining for our fans and this is a good starting point. There is no quick fix for slow play, but this new policy is aimed at empowering our referees to more effectively target the problem and I believe we will see even more inroads made over the coming weeks and months.

“It is important to note that our referees now have the ability to apply monitoring penalties if they see a player take an excessive amount of time over a shot, even if their group is in position on the course, so our players are now more aware than ever that slow play is unacceptable.”