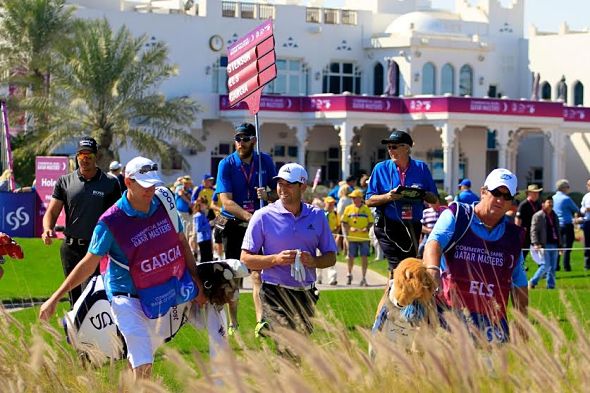 Englishman Oliver Fisher fired eight birdies in an opening seven-under-par 65 to hold a one-shot lead over Spanish star Rafa Cabrera-Bello in the first round of the US$2.5 million Commercial Bank Qatar Masters.

South African legend Ernie Els, the 2005 champion, shot into contention as the four-time Major winner posted a 67 to share third place with 10 other players including Scotland’s Paul Lawrie, a two-time winner at Doha Golf Club.

World No. 5 Justin Rose carded an early 68, while World No. 6 Sergio Garcia began his title defence with a 69. Henrik Stenson, the World No. 2 playing in an all-star group with Garcia and Els, bogeyed the 18th for a 70.

Fisher, 26, stole the headlines as he returned to Doha with a bang after failing to qualify for last year’s Commercial Bank Qatar Masters, having lost his European Tour card in 2013.

After finishing 12th in Abu Dhabi last Sunday, the Englishman continued that form in Doha by starting with birdies at 10 and 12, followed by a bogey on 13. Fisher then bagged a hat-trick of birdies from 16 to 18 before picking up further shots on holes four, six and eight.

“It’s always nice to start a round with birdie and I made a few more in the later part of the first nine, at 16, 17 and 18. On the front nine, I played lovely. It was a good round, I’m happy with the way I played and hopefully I can keep it going for the next few days,” said Fisher, who’s looking to add to his sole European Tour victory at the 2011 Czech Open.

“I played nice last week and shot a good round on Sunday, so it’s nice to finish a tournament like that. I’m hitting the ball well after a few years where I struggled with my long game, but now I’m striking the ball well and giving myself chances.”

“I’ve had some good rounds here, but this course is quite different from Abu Dhabi,” Fisher said. “It’s a matter of feeling your way in a bit. As long as you keep giving yourself chances, hopefully you can make a few putts and I’m lucky I made a few 10-footers today.”

Cabrera-Bello, joint third last year, posted the clubhouse lead after the morning rounds with a bogey-free 66.

“Obviously I’m very pleased, happy the way I played and looking forward to tomorrow and the weekend,” said the Spaniard, who tied for third last year, missing the playoff by one shot.

“I had a good stretch through 16 and all the way through two, which for me are the birdie holes, the ones where you can go low. I managed to do that with three birdies there and just kept playing solid till I got home.”

Els, 45, believes his increasing comfort with the shorter putter will help him as he seeks his second Commercial Bank Qatar Masters title, a decade after winning his first in 2005. 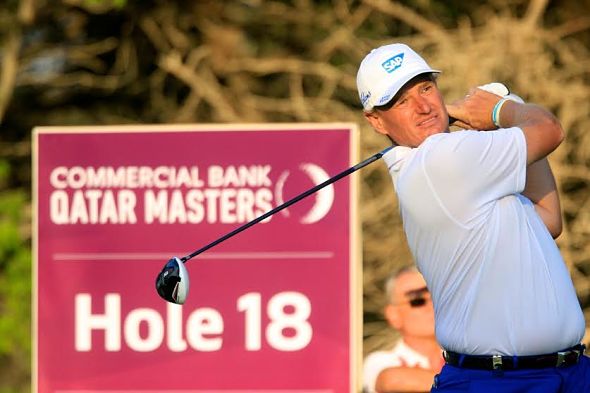 “Today I didn’t hit it that good with the irons, but got the ball up‑and‑down. I’m not feeling so tense and afraid of those short putts. We can play golf again,” said Els, who has won 28 European Tour titles, including his fourth Major at the 2012 Open Championship.

“I was on the long putter and last year I had to really convert back. I started with a 37‑inch putter and I’m now down to a 35‑inch putter, which I had in my 20s. I’m quite tall and like to put with my big muscles, like the shoulders, elbows and so on. The way I was standing with the long putter, the hands were taking over. In any case, I looked at some old video and it just feels really good now.”

Rose, 34, continued his form from Abu Dhabi with a 68, a score matched by playing partner Stephen Gallacher, his Ryder Cup teammate. 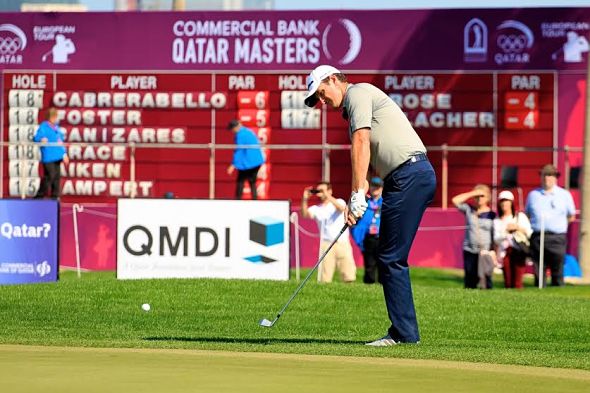 “I mean, 68 is a good start,” said Rose, who closed with a 65 to finish 12th in Abu Dhabi on Sunday. “It’s obviously not an electric pace, but nice to be somewhere in contention and it’s a score on which to build for the rest of the week. It’s the perfect type of start, really.

“I’ve had four consecutive rounds in the 60s, so it’s always nice to do that. It tells me I’m doing some things well. I think the area of my game that’s been keeping me together is my chipping. I’ve been chipping the ball nice when arrive been making mistakes. I just need to keep that going and continue to improve the rest.”

Charl Schwartzel, the 2011 Masters champion and third member of the high-profile group with Rose and Gallacher, carded a 69 after bogeys on the last two holes.

Entry is free for children under 14 years of age. For those looking for an extra-special experience, hospitality packages are available through the tournament’s official website,qatar-masters.com.