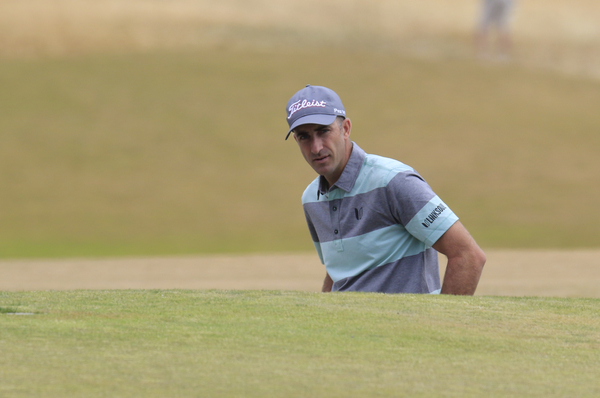 We’ll begin by giving Jordan Spieth his place, of course. It would be absurd to dedicate oneself to golf in some way and not value and admire the young Texan as he deserves, brilliant winner of the 115ª edition of the US Open and proud owner of an impressive double after his victory in the Masters. Rory McIIroy had more than a few things to say about it and we all welcomed it, because that fierce competitiveness is what makes elite sports what they are. But it also allows for a profound reflection today on the flip side of things…

Geoff Ogilvy finished in 18º place in the US Open. A good performance by the Australian golfer, but…sufficient enough to include him in the gallery of highlights and star players? More than for what he did last week at Chambers Bay, which wasn’t half bad, he can be included based on what he said upon finishing the fourth round. A good amount of professionals have written many and varied opinions on the state of the greens at Chambers Bay. Complaints, lots of complaints. And all of them were rightfully so and had their reasons. Nobody was making anything up, and it was even able to be confirmed in an almost tangible way on tv that they weren’t good. The United States Golf Association (USGA), organizer of the event, were logically at the heart of the critics, some were truly furious. Ogilvy’s speech, however, was mature and balanced. And it was even interspersed with a revealing dose of self-criticism.

Here is a summary of what he said:

– That yes, many of the greens were in very bad condition, but that he thought it was a very interesting course that demanded that the golfers think it through and use their heads (not very habitual in modern golf, he specified), and to know how to move the ball on both sides…

– That the USGA should take note and that it surely would lead to improvements, but that he was convinced that they set the scene with the idea of introducing firm, fast greens, but not so inconsistent, and that a series of circumstances prevented them from doing so (he was referring to the extreme dry weather that affected the area several weeks before the tournament).

– That he loves the USGA’s new philosophy of making the courses complicated without solely turning to impossible roughs and narrow fairways.

– That in any event, he always knew that the good golfers and good putters would demonstrate it on these greens, on this course and wherever else. Just as what happened. And that that’s why the greens, good or bad, didn’t seem unfair to him.

– There couldn’t be a better panorama of the situation.

– The USGA is usually in a hurry, and on this occasion, the preparation and presentation of the greens got out of hand, indeed. It’s also apparent that, in matters of errors, they prefer to go too far rather than come up short. It forms a part of their essential philosophy: take the best golfers in the world to the limit.

Now 41 years ago was the US Open edition that would later go down in history as ‘The Winged Foot Massacre’. Hale Irwin won with a score of +7 and that week was also an avalanche of severe critics against the USGA, among which were the state of the impossible greens, extremely irregular. They even went so far as to ask the president of the time, Sandy Taturn, if the USGA felt the necessity to humiliate the best golfers in the world. To which they responded: ” we don’t want to embarrass the best golfers in the world, we only want to identify who they are.” Logically, it’s not necessary to go to that extreme to identify them but, on the other hand, if someone takes it into their hands to review the top-ten of that massacre, apart from Hale Irwin, excellent golfer, there was Arnold Palmer, Tom Watson, Tom Kite, Gary Player and Jack Nicklaus. The same as if we review the top-ten of Chambers Bay we find who we find: some of the best golfers in the world, including the Number 1 and 2. A conclusion that Geoff Ogilvy would probably sign off on himself: the less time one spends worrying about something they can’t control, the more energy they have to focus on the things that really matter. The best in the world are usually those who are able to achieve it.