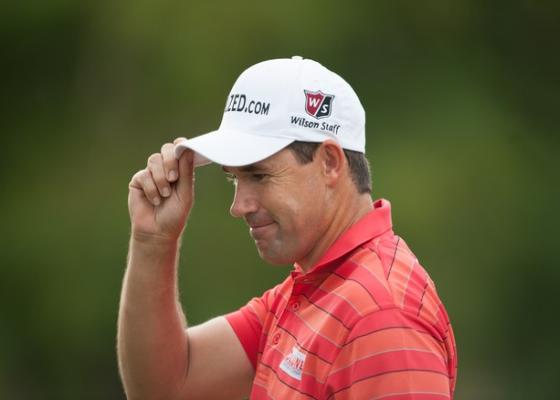 Padraig Harrington, Miguel Angel Jiménez and José María Olazábal have today been named by European Captain Paul McGinley as the men who will complete his vice captaincy line-up for The 2014 Ryder Cup at Gleneagles from September 26-28.

It means McGinley will have five vice captains by his side for the contest against the United States, the trio joining Harrington’s fellow Irishman Des Smyth and Scotland’s Sam Torrance – who were announced in March – in the backroom staff line-up.

As well as all being current players on The European Tour and therefore well known to all 12 players on the European team, which was confirmed at Wentworth Club yesterday afternoon, Harrington, Jiménez and Olazábal will also bring vast Ryder Cup experience to Scotland.

Between them the trio have played in 17 Ryder Cups; Olazábal leading the way with seven appearances between 1987 and 2006, followed by Harrington with six between 1999 and 2010 and Jiménez with four in the same time period.

Olazábal, of course, was the last European captain and guided his charges to the thrilling final day victory at Medinah two years ago. Before that, he was vice captain to Sir Nick Faldo in 2008 and Colin Montgomerie in 2010, while Jiménez was vice captain to Seve Ballesteros in 1997 and Olazábal himself in 2012. For Harrington, it will be a first taste of the vice captaincy role.

“I am delighted to name Padraig, Miguel and José María as the men to join Des and Sam in completing my vice captaincy team for Gleneagles. They will all bring valuable insight and experience to the players and the team room,” said McGinley.

“I know it’s been common in the past to have three or four vice captains but I’ve gone for five because I feel an extra person is justified due to the additional workload which comes from being the home team, in addition to how well I saw such a system working when we ended up having five vice captains under Colin Montgomerie at Celtic Manor in 2010.

“Padraig is my oldest friend on Tour and is a guy I have known most of my life. We went to school together, came through the amateur ranks together and have been together in many contests for both Ireland and Europe over the years, so I know what he can bring to the team room.

“As well as being a three time Major Champion, Padraig is also still very active on Tour, obviously in Europe where all the players know him well, but also in the United States where he is familiar both with the Tour itself and its players.

“As far as Miguel is concerned, he is someone that the spectators love as well as being very popular with all the players. However he is also a person that I respect very much. I have sat beside him for over a decade on the Tournament Players’ Committee and have seen him exhibit an integrity on many occasions that is very admirable.

“Miguel’s appointment also maintains the continuity I was looking for when I named him captain of the European team for the inaugural EurAsia Cup match in March. He did very well in Malaysia that week and all the players in that team enjoyed working with him. It will be the same at Gleneagles.

“Finally, José María’s passion for The Ryder Cup is recognised the world over. It was obvious in his legendary partnership with Seve and was also so very apparent two years ago at Medinah, so I’m delighted he has accepted my invitation to be involved again, once more maintaining that important continuity.

“Like Miguel, he brings a wonderful Continental European flavour to the team room and is liked by everyone. He will also bring vital knowledge and experience of every element associated with The Ryder Cup, both on and off the course, which can only be helpful to the European cause.

“With these five guys in place, I have now completed both the playing and back room teams for Gleneagles. I have complete confidence and trust in all five of my vice captains and the help they will give me in the difficult quest of trying to retain The Ryder Cup.”

Harrington said: “I am really looking forward to being part of The Ryder Cup from a different angle to the playing side. That aspect of things is something that really interests me and I’m therefore delighted that Paul has given me the opportunity.

“Paul is a good friend of mine and I think he’s done a great job in the captaincy thus far, therefore I don’t necessarily think he needs that much help. But he knows I’m happy to get involved behind the scenes to give him and the players as much assistance as I can.

“Even though we are friends, it is good to see that Paul trusts my opinion. We have had many healthy debates over the years on Tour about a wide range of subjects, so in some ways this validates all those discussions!”

Jiménez said: “When Paul called inviting me to be one of his vice captains at Gleneagles, I immediately said yes. I am really excited to be involved with the European team once again and I’m honoured that Paul has asked me.

“I thoroughly enjoyed being captain of Europe at the EurAsia Cup in Kuala Lumpur in March which was a great opportunity for me and I am looking forward to bringing the experience I gained there to the team room at Gleneagles. I have a great relationship with all the players, having played alongside them regularly over the years.

“It is going to be an amazing week at Gleneagles. We have a great team and as a vice captain I will give the players and Paul my total support and hope that we can retain The Ryder Cup once again.”

Olazábal said: “I was absolutely delighted when Paul approached me and asked me to be a vice captain – I consider it a real privilege and honour to be part of the European Team going to Gleneagles.

“Everyone knows how much The Ryder Cup has meant in my career and it’s an occasion that I love being part of. It is a unique and special event – and I know that will be the case once again in Scotland in three weeks’ time.

“I think we have a very good team in place but as Paul said yesterday, we are under no illusions about how formidable a test the United States team will present. But he knows I will do everything I possibly can to help him and the players throughout the week.”