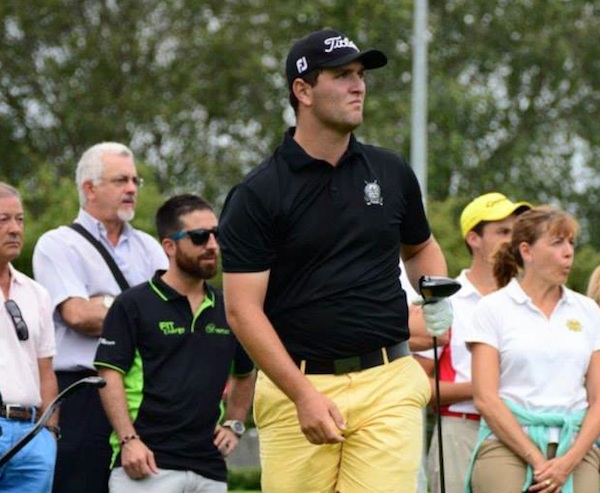 Jon Rahm-Rodriguez of Spain is the winner of the Mark H. McCormack Medal as the No. 1 player in the 2015 World Amateur Golf Ranking.™

“I am honored by this award and excited about the exemptions it brings,” said Rahm-Rodriguez, a rising senior at Arizona State University who will receive exemptions into the 2016 U.S. Open and The Open Championships, provided he maintains his amateur status. “I also feel great pride in being the first Spanish golfer to receive this distinction.”

Rahm-Rodriguez also competed in the 2014 World Amateur Team Championship, where he set the individual 72-hole scoring record, previously held by Jack Nicklaus. His performance helped Spain to a third-place team finish. As a member of Team Europe, Rahm-Rodriguez won 3½ points out of 4 at the 2014 Palmer Cup. In addition, he won the 2014 and 2015 Spanish Stroke Play Championships. He reached the quarterfinal round of last week’s U.S. Amateur Championship at Olympia Fields (Ill.) Country Club.

This R&A and United States Golf Association (USGA) award is named after Mark H. McCormack, who founded the sports marketing company IMG and was a great supporter of amateur golf.

“The USGA extends its most sincere congratulations to Jon for winning the 2015 McCormack Medal,” said John Bodenhamer, USGA senior managing director of Rules, Competitions and Equipment Standards. “His stellar play throughout the college and amateur seasons, as well as his performance in professional events, makes him very deserving of this honor. We are excited to watch his blossoming golf career.”

Johnnie Cole-Hamilton, executive director – Championships at The R&A, added, “Jon has maintained an extremely high level of play throughout the year and is a deserving winner of the Mark H. McCormack Medal. To achieve five victories in elite amateur events in a season is very impressive and to back that up with a top-five finish in a PGA Tour event shows that Jon is capable of playing at the highest levels of the sport. I would like to congratulate him on a wonderful season.”