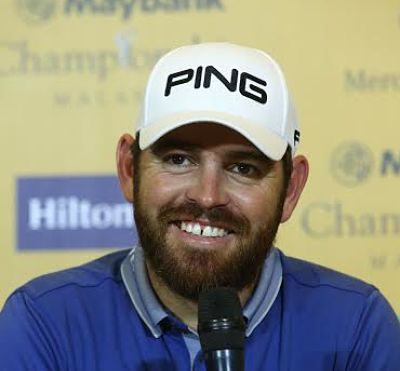 Despite being plagued by flight problems – of both the ball-striking and aeronautical type – Louis Oosthuizen is hopeful of continuing his love affair with Kuala Lumpur, the host city for this week’s Maybank Championship Malaysia.

Flight delays in both New York and Dubai meant the journey from his home in Florida to the Malaysian capital took in excess of 36 hours, forcing his withdrawal from the Tuesday Pro-Am.

The delay gave the 2012 Maylasian Open champion plenty of time to ponder – and perhaps even practice – his famed swing, having struggled to find the right trajectory on his two recent European Tour outings, in Dubai and Qatar.

In contrast to Oosthuizen, Danny Willett flew out the blocks in Dubai, eventually finishing top of the pile on 19 under par to claim his fourth European Tour title and climb to 13th in the Official World Golf Ranking.

Having taken last week off to recharge the batteries, Willett is hoping to repeat the success he savoured on his previous visit to Kuala Lumpur last month, when the Englishman helped Europe conquer their Asian counterparts in the EURASIA CUP.

Willett and Oosthuizen have been drawn alongside Thongchai Jaidee, another former Maybank Malaysian Open champion, in the first two rounds at Royal Selangor Golf Club.

Louis Oosthuizen: “I’m struggling to stay awake to be honest with you! I left my house at 4.50am on Sunday morning, but only arrived here at 9am this morning because I was delayed in New York and then again in Dubai. It’s just one of those things, with the amount of travelling we do it’s bound to happen at some time. Plus I’ve got a day to rest up and get some sleep, so hopefully by tomorrow I should be fine and ready to go.

“And hopefully it’s a good omen after what happened four years ago when we couldn’t get out of Augusta on the Sunday night because the play-off [with Bubba Watson] finished late, and I didn’t end up arriving here until the Wednesday of the tournament. So at least this time I’ve given myself an extra 24 hours to prepare this time!”

Danny Willett: “The EURASIA CUP was a great week, I really enjoy team golf and match play, and the camaraderie was brilliant. Kuala Lumpur is a great city, and I always enjoy coming back here. It’s a new tournament so I’ve never played this course before, and it’s always exciting to take on a new challenge.

“It’s a bit different to most of the courses the guys are used to playing on the Tour. It’s not wide open fairways or particularly long, so it’s going to take some shot-making to do well. You’ve got to drive the ball well and put yourself in position on the fairways, because I’m sure the greens will firm up over the week so it’ll be difficult to hold them. So it’s very old school, but I’m sure we’re going to have a fair bit of fun out there this week. A change is always nice, so I’m looking forward to it.”

Thongchai Jaidee: “I don’t worry about my age. My age is not that important. I always look ahead and I always try to win as many tournaments as I can. I like golf. My life is golf. Without golf, my life is nothing. If I lose or win, it doesn’t matter because I always enjoy playing golf.