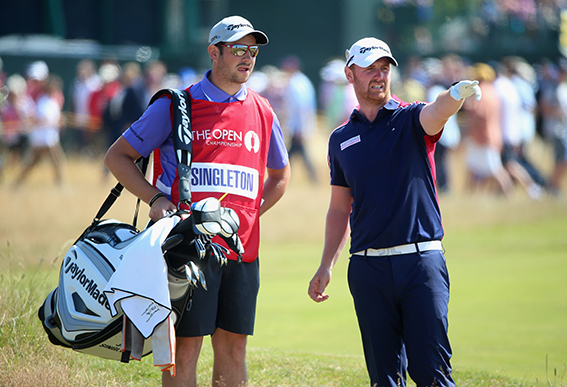 John Singleton, the Liverpool factory worker who qualified to play alongside the world’s best players at this year’s Open Championship at Hoylake, will continue his dream as a professional golfer thanks to an invitation to play in this year’s National Bank of Oman Golf Classic at Almouj Golf, The Wave, Muscat from Thursday, October 30 – Sunday, November 2.

“I can’t wait to tee it up in Oman at the National Bank of Oman Golf Classic,” says Singleton. “It’s been a bit of a whirlwind time for me since playing in The Open. I’ve been awaiting the birth of my first child and everything has been a bit of a blur. I haven’t played competitively since The Open but my next step is to go to the first stage of European Tour Qualifying School later this month.

“Then I’m playing two events in Dubai on the MENA Tour before I test myself against the best players on the Challenge Tour in Oman. I’m really looking forward to it. I’ve heard great things about the Greg Norman-designed golf course and the tournament. It’s coastal and I know all about playing links golf – so I hope I can play well.”

The 30-year-old’s dreams of a career in professional golf were dashed at an early age after surgery on both his knees cut short a promising college career in the United States. Now he will get another chance to make it as a professional when the Challenge Tour’s National Bank of Oman Golf Classic gets underway.

“I never had any doubts that I was going to make it as a pro – I was on the right path,” says Singleton of his early career. “Then I got injured and I felt all the practice I’d put in over the previous 10 years had gone to waste, but to qualify for The Open and get a taste of the big occasion was fantastic.”

The 30-year-old entered regional qualifying for The Open earlier this year and started to prepare, arranging to practice at his local golf course around his day job in a resin factory in Birkenhead.  Singleton missed out on a spot in the Local Final Qualifying in a play-off but was put on a reserve list and when a place became available he took it. A second round 66 at Hillside GC, just up the coast from Hoylake, saw him finish in a share of the top spot with three others and a win in the resulting play-off earned him his ticket to the oldest Major of them all.

Singleton narrowly missed the cut at Hoylake but was buoyed by a second-round 2-under-par 70 and the performance proved to be a springboard for his renewed venture into professional golf. He has since left his job at the factory and secured a sponsor for the next 14 months, which has given him the opportunity to play golf for a living.

“I got to the point where I didn’t think I was ever going to play again, so to then begin to play again, and then play in The Open – it’s just a dream come true,” said Singleton. “I can’t wait for this new chapter in my life to begin and I’m really grateful for the opportunity to play in the National Bank of Oman Golf Classic.”

About the 2014 National Bank of Oman Golf Classic:

The second edition of the National Bank of Oman Golf Classic will be held at Almouj Golf The Wave, Muscat, from Thursday October 30 to Sunday November 2, 2014.

The field will play for a prize fund of $330,000 and the top 45 players on the Challenge Tour ranking after the National Bank of Oman Golf Classic will qualify for the season-ending Grand Final at Al Badia Golf Club, Dubai, the following week.