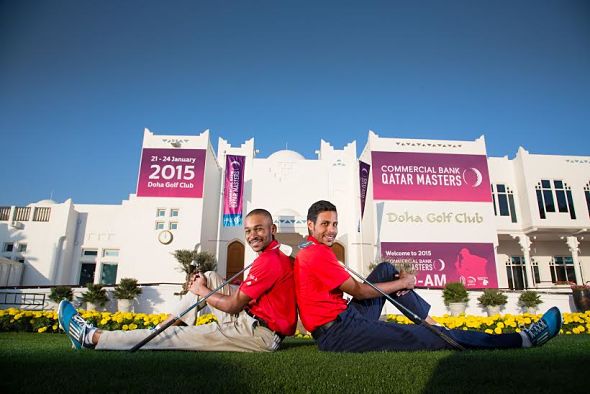 Amateurs Saleh Al Kaabi and Ali Al Sharani, both 20, are again aiming to become the first-ever Qataris to make the halfway cut at the Commercial Bank Qatar Masters, which will be held from Wednesday to Saturday.

Both players are making their third appearance in the US$2.5 million European Tour event at Doha Golf Club, where the top 65 players plus ties after Thursday’s second round will make the cut and play all four days.

The big-hitting Al Kaabi, competing for the third straight year, opened with a 78 last year before bouncing back with a two-under-par 70, a marked improvement on his debut when he shot rounds of 81 and 78.

Al Sharani, the taller of the pair, gave himself a chance of making the cut last year with a first-round 73, but fell away with an 84 on the second day. He’s now determined to make it third time lucky, having first competed in 2012 as a 17-year-old.

“Actually, we’ve trained a lot since last year. We’ve been practising every day, playing a lot of tournaments, going to the training camp, so hopefully we can make the cut this year,” Al Bishi said.

“Last year I played good on the first day and shot one over, but I dropped off in the second round, so hopefully I can do it this year. It means a lot for us to even be playing here and making the cut would be a huge achievement.”

Like last year, both players qualified for the Commercial Bank Qatar Masters by finishing as the top two local players at the Qatar Open amateur tournament earlier this month, which was also held at Doha Golf Club.

“We both played quite well at the Qatar Open,” Al Sharani said. “I don’t get nervous at the Qatar Masters, as I’m used to it by now. The green speed is okay, although the rough is a bit high, but it’s fine.” 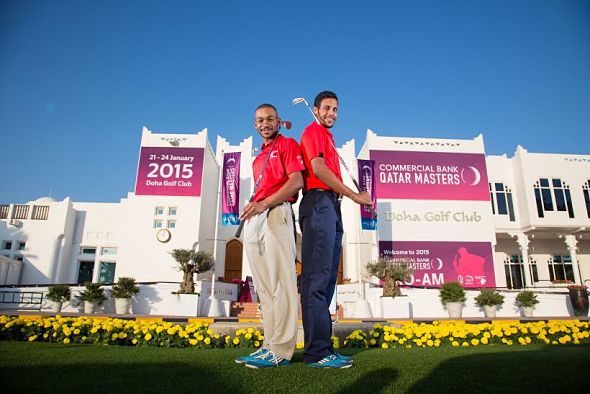 Mike Elliot, the Team Qatar coach, has played a large part in the players’ development and believes both of his star pupils have stepped up their game in the past 12 months.

“We’ve worked on quite a few things since last year. Their timing’s much better, their rhythm’s much better and their ball striking’s a lot better,” said the American, who has formerly worked in the US and Germany.

“Now, it’s just a matter of course management and getting used to the changes because we only have these conditions twice a year, during the Qatar Open and the Qatar Masters. The course is in the best condition in four years, since I’ve been here. It’s phenomenal this year.

“If they get their course management going and stay concentrated, they should do really well.”

Entry is free for children under 14 years of age. For those looking for an extra-special experience, hospitality packages are available through the tournament’s official website, qatar-masters.com.