World Number One and U.S. Open Champion Jon Rahm will return to the world-famous Real Club Valderrama this October after confirming his participation in the Estrella Damm N.A. Andalucía Masters.

Two of the 26-year-old’s seven European Tour victories have come on Spanish soil, and Rahm now has his sights on capturing another home title on one of Europe’s most-renowned golf courses in the seventh edition of the tournament, from October 14-17.

In his last appearance at Valderrama in 2019, which became the first course on Continental Europe to host the Ryder Cup in 1997, Rahm finished runner-up to Christiaan Bezuidenhout.

“I have some unfinished business at Valderrama, that’s for sure,” said Rahm, referencing his runner-up finish two years ago. “As a Spaniard, it’s a golf course where we all want to win.

“As soon as you arrive you get a real sense of the history of the venue and the great moments that have taken place there over the last 30 years. To be a part of that would really be an honour.

“I’ve had nothing but great experiences of playing in front of home crowds. Spanish golf fans are truly special, and I can’t wait to see them lining the fairways again.”

Since turning professional in 2017, Rahm has amassed 13 victories across the European Tour and PGA TOUR, also adding a Major title – in June’s U.S. Open at Torrey Pines – to his four Rolex Series victories.

In 2019, Rahm won the Race to Dubai, becoming the first Spaniard since Seve Ballesteros in 1991 to finish the year as European Tour Number One.

The Estrella Damm N.A. Andalucía Masters, an event in the European Tour’s Race to Dubai made possible by the essential contribution of the Real Club Valderrama, is sponsored by Estrella Damm and the Consejería de Turismo, Regeneración, Justicia y Administración Local of the Junta de Andalucía, jointly funded by the EU, declared Event of Exceptional Public Interest by the Government of Spain. This tournament is also supported by Rolex, La Reserva Club Sotogrande, Exterior Plus and Santander Private Banking. Callaway, Enterprise, Grupo Raga, Marca, Kyocera and the Real Federación Andaluza de Golf are official suppliers. 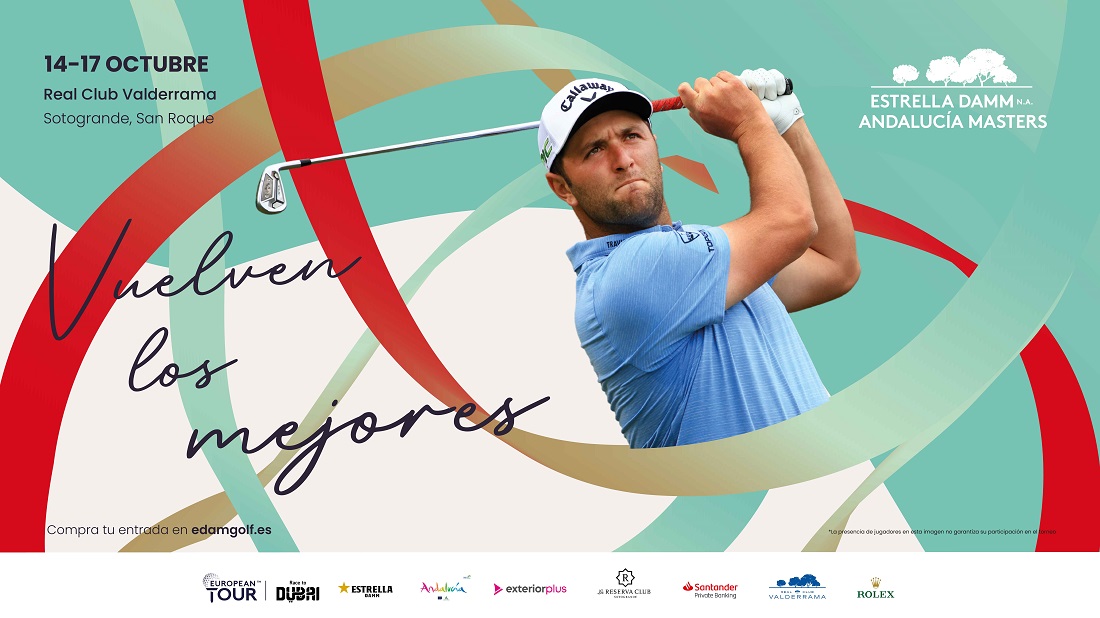