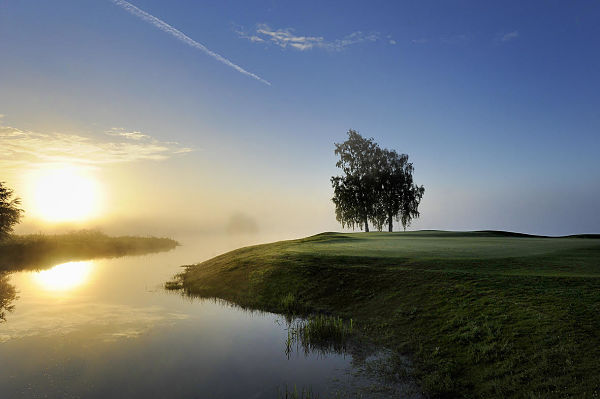 The European Challenge Tour is excited to announce its return to Sweden in the 2016 season after a five year absence with the formation of a new event, the Swedish Challenge hosted by Robert Karlsson.

The tournament will take place from August 4-7, 2016 at Katrineholm Golf Club and joins the Ras Al Khaimah Golf Challenge as the second new event already announced for the new Challenge Tour season.

The Challenge Tour last visited Sweden when Ricardo Santos won The Princess in 2011 – the same year the Katrineholm Open hosted by Robert Karlsson was launched on the Swedish Nordea Tour.

Now, with the support of the Swedish Golf Federation and Katrineholm Golf Club, that latter event has been elevated to Challenge Tour status, with a three year contract and a €200,000 prize fund.

Sweden has a proud history both in the golfing world and on the Challenge Tour, with Henrik Stenson graduating as Rankings winner in 2000 before going on to represent Europe in The Ryder Cup three times, and winning The Race to Dubai in 2013.

Another Challenge Tour graduate, Kristoffer Broberg, recorded the 100th European Tour victory by a Swedish player with his victory in the BMW Masters last month.

Tournament host Karlsson has also played in two Ryder Cups and won The European Tour Order of Merit in 2008, and he is delighted to be supporting an event that he hopes will encourage the development of young Swedish golfing talent.

“It has always been my dream to further develop the competition, which started on the Mini Tour and grew to the Nordea Tour,” he said. “Now it suits us well to take the step to the Challenge Tour because Katrineholm Golf Club, the Swedish Golf Federation, and I had the same intentions.

“Through the support we received from the Swedish Golf Federation, we have now been able to sign a three year contract, and it is great news for Katrineholm, the club and myself that this happens. I am thinking about playing in the event, but I have not decided on it yet.”

Alain de Soultrait, Challenge Tour Director, said: “I am delighted that the Challenge Tour is returning to Sweden after five years away, and that Robert Karlsson has generously agreed to host this new tournament for us.

“Swedish golfers have always done well on the Challenge Tour, from Henrik Stenson winning the Rankings in 2000 to Bjӧrn Åkesson and Jens Fahrbring earning European Tour graduation this year.

“I would like to thank Robert for his efforts in building this tournament and the Swedish Golf Federation and Katrineholm Golf Club for their support.

“It promises to be a great event in Katrineholm in August and I’m sure our players will be excited about returning to one of the best golfing nations in the world.”

Swedish national team coach Katarina Vangdal said: “The fact that Sweden once again have a competition at this level is gratifying and especially important for Swedish player development.

“International success at the highest level is a goal for us, and to provide the next generation of players the opportunity to compete at home is an important part of this.”

“We see it as a confirmation that our course and our hosting for five years on the Nordea Tour are of the highest class.”

Higgo powers to another win on the CanariesNews
9 May, 2021
Garrick Higgo continued to write his own chapter in the European Tour history books as he powered to a second win in three weeks at the 2021 Canary Islands Championship. Just 14 days after he…
Race to Costa del Sol returns in South AfricaNews
9 May, 2021
A new Ladies European Tour (LET) season gets underway next week with the Investec South African Women’s Open at Westlake Golf Club, the first event on the 2021 Race to Costa del Sol. The Race…
Catlin claims third European Tour title in AustriaNews
9 May, 2021
John Catlin claimed his third victory in just 13 events at the Austrian Golf Open after the American triumphed in a dramatic five-hole play-off with Maximilian Kieffer, following a similarly…
Kaymer hoping to bridge seven-year gap with Austrian victoryNews
9 May, 2021
Martin Kaymer is within touching distance of a first victory since winning the 2014 U.S. Open by eight shots, as the German enters the final round of the Austrian Golf Open in a share of the lead…