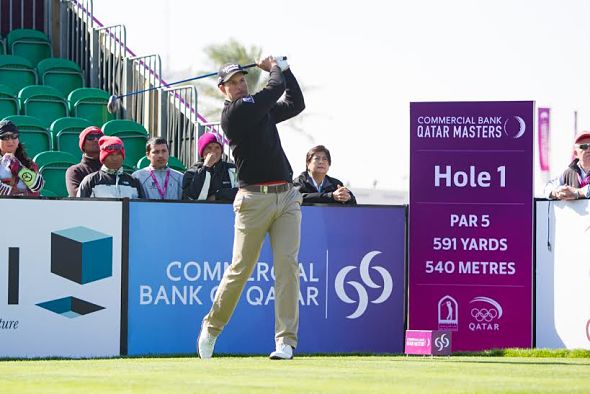 World No. 2 Henrik Stenson is looking forward to playing in a “fun” group with 2005 winner Ernie Els and defending champion Sergio Garcia for the first two rounds of this week’s Commercial Bank Qatar Masters, which begins on Wednesday.

Stenson, 38, finished his 2014 season by winning the DP World Tour Championship, Dubai, after top-three finishes in three of his previous four European Tour events, including a third at the US PGA Championship, the year’s final Major.

However, the tall Swede missed the cut in Abu Dhabi last week, so is looking to bounce back quickly as he plays for a second straight week with Els, the four-time Major champion, while Garcia competes in his first event of the year. 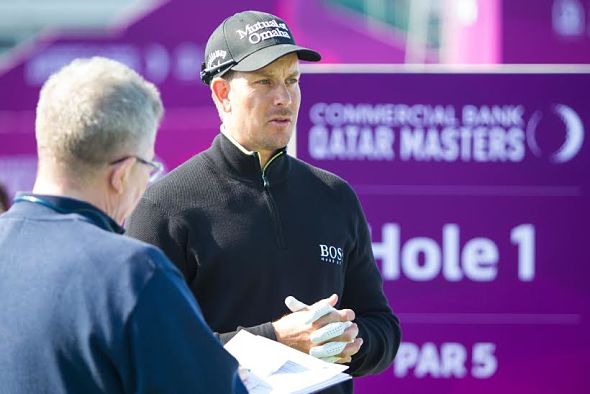 “I’ve got a strong pairing with Ernie and Sergio”, said Stenson, who succeeded Els as the Commercial Bank Qatar Masters champion in 2006. “It’s now my second week playing with Ernie, and Sergio is back in action, so we’ll have good fun out there. It’s a good group, so I’m looking forward to it.”

Stenson playfully conceded that he was happy for Garcia to be considered the tournament favourite, after the Spaniard lifted the Mother of Pearl Trophy last January following a runner-up finish the previous year.

“Yeah, it would be hard not to put him in that situation and that takes all the pressure away from me, so let’s do that,” quipped Stenson, who’s competing in the event for a 15th straight year.

“He’s played really well around here and played this tournament a lot of times as well, so let’s keep him the favourite, but as you know it’s always so hard to pick a winner. You can look among on‑form players and have a rough idea, but it’s really hard to pick one guy out of the field.”

Stenson recovered from an opening 76 in Abu Dhabi to shoot a four-under 68 and now hopes he can kick-start his season in Doha, where strong winds are forecast for the opening round.

“It was a little bit of a slow start last week, but at least I played better on the second day than the first, so I hope to improve on last week’s performance,” said Stenson, who also has three runner-up finishes in Doha.

“Normally we get our fair share of wind here, which is part of the course defence and makes it play better. It has been a good hunting ground for me, with the win and three seconds, so I guess I’ve figured out a decent way to play the course. I’ve had some good scores over the years in windy conditions, so it’s down to how well I can play here this week.”

World No. 5 Justin Rose admitted he was still getting to grips with the Doha Golf Club layout as he prepares to compete at the Commercial Bank Qatar Masters for the first time since finishing 16th in 2013.

However, the Englishman said he was boosted by last week’s 12th-place finish in Abu Dhabi, especially by a closing 65. 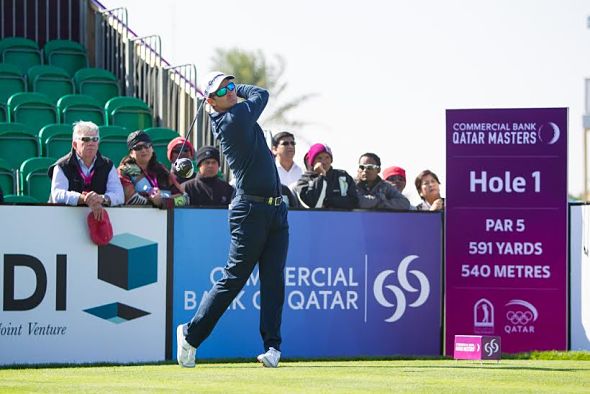 “I’m looking forward to trying to get my head around this golf course. It’s not one that’s been the kindest to me and I’ve been figuring it out the last couple of days. It’s been more about hopefully getting my lines off the tee, as I feel like there’s a lot of run‑outs and carries,” Rose said.

“It has been a good couple of days’ work on the back of what turned out to be a good tournament last week, momentum‑wise. I was definitely a little rusty on the first couple of days, but on Sunday I put together a good round, so it was nice to finish strongly. A bogey‑free 65 is something that you can definitely feel a bit of confidence from.”

Rose has been grouped with Ryder Cup teammate Stephen Gallacher and 2011 Masters champion Charl Schwartzel, who finished ninth in Abu Dhabi, a week after finishing runner-up in the South African Open. Rose, who was born in South Africa, even has a family connection to Schwartzel.

“It will be fun. It will be a nice group. Charl has put in a couple good weeks in South Africa and was pretty good again in Abu Dhabi last week. It’s going to be fun to be with him. His wife is on the bag again and she is actually my second cousin, believe it or not. Her father is my mum’s cousin,” Rose said.

“I really enjoy Stephen’s company and he’s a very good wind player, so I’ll just try to follow his lead.”

Entry is free for children under 14 years of age. For those looking for an extra-special experience, hospitality packages are available through the tournament’s official website, qatar-masters.com.