Tengolf
Inicio News “The first time that someone breaks your heart is when it hurts...
Compartir 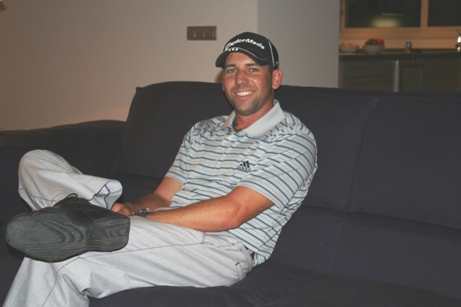 Things are looking bleak for Real Madrid fansNews
8 April, 2020
Hello everyone, nice to see you here again in the Rondo, by Sergio García So, a few weeks have passed, and there’s a lot to talk about. Unfortunately, as a cynical Real Madrid fan, despite the…
Campillo and Sullivan share lead in DohaNews
8 April, 2020
Jorge Campillo and Andy Sullivan shared the lead heading into the weekend at the 2020 Commercial Bank Qatar Masters but they had a host of European Tour winners breathing down their necks at…
European Tour statement on the Magical Kenya OpenNews
8 April, 2020
Due to the threat posed by the spread of the Coronavirus (COVID-19), the Government of Kenya has this morning advised of their decision to postpone all meetings and conferences in the country of an…
Ryder Cup stars ready for Valderrama returnNews
8 April, 2020
Ryder Cup heroes Thomas Bjørn and Lee Westwood will return to the venue where they made their debuts in the biennial contest between Europe and the United States, confirming they will tee it up in…
The latest ...
Things are looking bleak for Real Madrid fans
News
12 March, 2020
Campillo and Sullivan share lead in Doha
News
6 March, 2020
European Tour statement on the Magical Kenya Open
News
6 March, 2020
Ryder Cup stars ready for Valderrama return
News
4 March, 2020
ANA Junior Inspiration gives 48 junior golfers from around the world opportunity of a lifetime
News
3 March, 2020