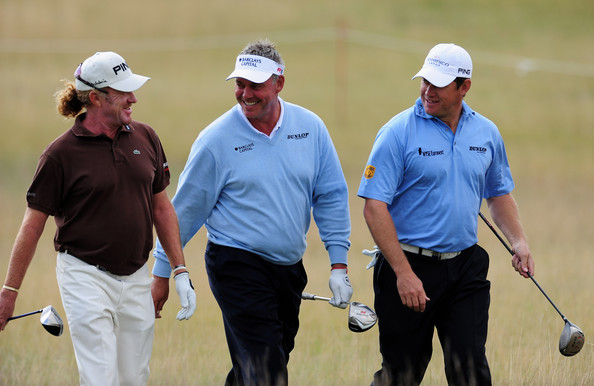 The Malaga native comes up with a fantastic triangle tour for kids, together with Lee Westwood and Darren Clarke

The youth tour by Miguel Ángel Jiménez doesn’t cease to evolve in order to capture more young golfers, with better tournaments, better locations and more abundant prizes for the young ones, who are without a doubt, the future of golf. The Spanish golfer has it really clear, he’s working because of them and for them.

Thus, the last idea cooked up by the golfer from Churriana, Malaga is a new groundbreaking tournament that goes beyond the Spanish border. It’s a triangle tour, similar to the Ryder format in which the kids who are part of three big youth tours in Europe will compete: that of Miguel Ángel Jiménez, that of Lee Westwood and that of Darren Clarke, three of the most important players of the European Tour and of the world.

Jiménez put the idea forward to one of his colleagues, taking advantage of the grand finale of the Race to Dubai, which took place two weeks ago in the United Arab Emirates. Both Westwood and Clarke loved the project and joined without batting an eye. The first edition will take place in 2016, and although the details still have to be worked out, all signs are pointing to holding the tournament in Spain. In the following years, it will rotate from Spain to England and Northern Ireland.

And let’s just say it’s a Ryder Cup style tournament, since some of the rules that we were able to unveil are quite similar to the grand duel that’s played every two years between Europe and the US. Thus, the idea is that each team is made up of twelve players, six boys and six girls, who will go up against each other in a match play format under instructions by captains, who in the first 2016 edition will be, logically, Jiménez, Westwood and Clarke. The golden ticket for the young ones.

Little by little, more details will be released on this grand initiative, launched by Jiménez, which has the liking of becoming a reference on the calendar for the youth golfers in the years to come.