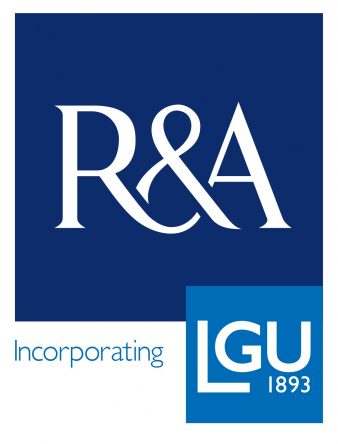 Duncan Weir, Executive Director – Golf Development at The R&A said, “We look forward to staging these two great championships for the first time since our merger with the Ladies’ Golf Union and it will be fascinating to watch the world’s leading men’s and women’s amateur golfers compete on three of Great Britain and Ireland’s finest links courses. There will be some outstanding golf on display from potential stars of the future at both events. I would encourage spectators to take advantage of the free admission and enjoy these world-renowned events.”

The Ladies’ British Open Amateur Championship will be contested by 144 competitors from 24 countries, including 33 players ranked in the Top 100 of the WORLD AMATEUR GOLF RANKING™ (WAGR™). A total of 86 players will travel from overseas from countries such as Germany, Sweden and the United States while 58 players from Great Britain and Ireland will compete in the championship.

Julia Engstrom, at the age of 15, made history last year by defeating Dewi Weber on the first extra hole to become the youngest ever winner of the Ladies’ British Open Amateur Championship and will defend her title on the South Wales coast this week.

The Swede will be joined by several of the world’s leading women’s amateur golfers, including Ireland’s Leona Maguire, who currently holds the number one position in the WAGR™, and is bidding to win the women’s McCormack Medal for a record-equalling third successive year.

Olivia Mehaffey, who recently led Arizona State University to a win over Northwestern in the final of the NCAA Division One title at Rich Harvest Farms, St Rule Trophy champion Clara Young, Scottish Women’s Amateur champion Connie Jaffrey and Linnea Strom, runner-up in the Ladies’ British Open Amateur Championship in 2015 and a Junior Ryder Cup player in 2014, are also players to watch.

The winner of the Ladies’ British Amateur Championship will earn a place in the 2017 US Women’s Open next month and the Ricoh Women’s British Open being played in August at Kingsbarns, near St Andrews. Previous winners include Anna Nordqvist, Georgia Hall, Catriona Matthew and Carlota Ciganda.

The first stage of the championship comprises two qualifying rounds of stroke play before the leading 64 players progress to the match play stage. Each match will consist of one round of 18 holes including the Final.

The Amateur Championship continues to attract the most international field in the men’s amateur game, with 288 competitors from 40 countries.

Almost two thirds of the field (65%), from 36 countries, will travel to the south-east of England from as far afield as Australia, China, South Africa and the United States. A total of 100 players from Great Britain and Ireland will compete, including 51 golfers from host nation England.

Several members of the Great Britain and Ireland Walker Cup squad will feature, including last year’s beaten finalist Robert MacIntyre, who is the highest-ranked player in the field (No.6 in WAGR™), 2016 Australian Amateur champion Connor Syme, Spanish International Amateur winner Jack Davidson and Alfie Plant, who won the Lytham Trophy last year. GB&I captain Craig Watson, who won The Amateur at Royal St George’s in 1997, will play in the championship as an exempt past champion.

Fourteen R&A Foundation scholars, including the winner of this year’s R&A Foundation Scholars Tournament, Stuart Grehan, are also included in the starting field.

The reward for the winner of The Amateur Championship is a place in The 146th Open at Royal Birkdale in July and the 2018 US Open at Shinnecock Hills. Traditionally, the Amateur Champion is also invited to compete in the Masters Tournament.

The first stage of the championship comprises two qualifying rounds of stroke play, one round on each course, before the 64 players with the lowest scores and ties for 64th place progress to the match play stage at Royal St George’s. Each match will consist of one round of 18 holes except the Final which will be over 36 holes.

ANA Inspiration the first Major of 2021 celebrates 50th anniversaryNews
1 March, 2021
The 50th edition of the ANA Inspiration will take place April 1 - 4 at Mission Hills Country Club, Rancho Mirage, California, marking a return to its usual position on the calendar as the first…
PGA of America to allow for use of distance-measuring devices during its Major Championships, beginning in 2021News
1 March, 2021
The PGA of America today announced that, beginning in 2021, the use of distance-measuring devices will be allowed during competition rounds at its three annual Major Championships: the PGA…
Dominant DJ claims second Saudi triumphNews
1 March, 2021
Dustin Johnson earned his second Saudi International powered by SoftBank Investment Advisers title in three years after holding off the chasing pack to secure a two-stroke victory at Royal Greens…
Johnson pulls clear of Perez in SaudiNews
1 March, 2021
World Number One Dustin Johnson finished with back-to-back birdies to take a two shot lead into the final round of the Saudi International powered by SoftBank Investment Advisers as he attempts to…