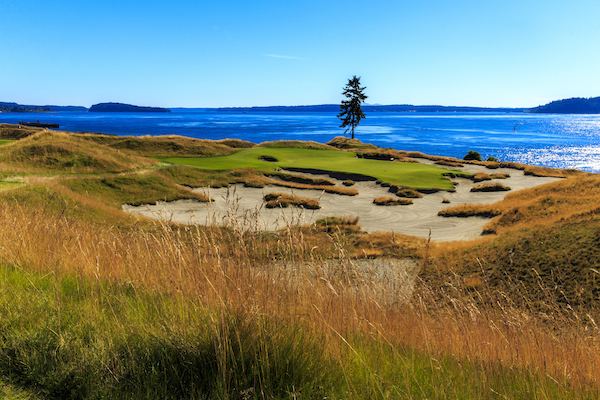 The United States Golf Association (USGA) has accepted a total of 9,882 entries for the 2015 U.S. Open Championship at Chambers Bay in University Place, Wash.

The number of entries is second to the 10,127 accepted for last year’s U.S. Open at Pinehurst Resort & Country Club’s Course No. 2, and is 22 more than the 9,860 accepted for the 2013 championship at Merion Golf Club, in Ardmore, Pa. Among this year’s total are 49 players, including 11 past champions, who are currently fully exempt into the field (see list below).

“We are thrilled with the interest demonstrated by the 9,882 entries, the most we have ever accepted for a U.S. Open held on the West Coast,” said Diana Murphy, USGA vice president and chairman of the Championship Committee. “That Chambers Bay, a public course which has never held an Open, could have this kind of impact proves that our national championship knows no state, regional or national bounds. We look forward to local and sectional qualifying and to conducting the 115th U.S. Open on June 18-21.”

To be eligible, a player must have a Handicap Index® not exceeding 1.4, or be a professional. Local qualifying, which will be played over 18 holes at 111 sites in the United States, will take place between May 4-21.

The USGA accepted entries for the 115th U.S. Open from golfers in all 50 states, the District of Columbia, Puerto Rico, and 63 foreign countries.

For the fifth consecutive year, only online entries were accepted. The USGA received 535 entries on the last day applications were accepted (April 29), including 97 applications in the final hour. Josh Williamowsky, a 30-year-old amateur from Bethesda, Md., submitted his entry just 21 seconds before the deadline of 5 p.m. EDT. Darren Ernst, a 42-year-old amateur from Trabuco Canyon, Calif., was the first entrant when entries opened on March 4.

The number of fully exempt players will increase with the inclusion of the top 60 point leaders and ties from the Official World Golf Ranking®, as of May 25 and June 15. The winners of The Players Championship (May 7-10) and European Tour BMW PGA Championship (May 21-24) will also earn exemptions.

This year marks the third consecutive year and the seventh time that the USGA has accepted more than 9,000 entries for the U.S. Open. The first time was in 2005, when 9,048 entries were accepted for the championship at Pinehurst No. 2. A total of 9,086 golfers entered the 2009 championship at Bethpage State Park’s Black Course in Farmingdale, N.Y. In 2010, 9,052 golfers entered the championship at Pebble Beach (Calif.) Golf Links. In 2012, the USGA accepted 9,006 entries for the U.S. Open at The Olympic Club in San Francisco.

More information about the U.S. Open before, during and after the 2015 championship at Chambers Bay is available at www.usopen.com.