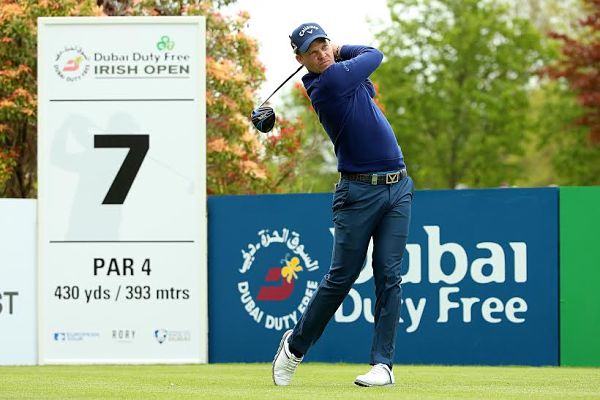 Marc Warren carded an exceptional round of 66 to join Danny Willett at the top of the leaderboard at the midway stage of the Dubai Duty Free Irish Open Hosted by the Rory Foundation, with World Number Three and tournament host Rory McIlroy just a shot behind.

The Masters Tournament champion came into the second round two shots clear of McIlroy at The K Club, and all eyes were on the two highest-ranked players in the field as they slugged it out for supremacy.

Twice McIlroy caught Willett, but twice the World Number Nine pulled away again before Warren birdied three of his last four holes to set the clubhouse target on eight under par.

A late bogey saw Willett sign for a round of 71 and fall back alongside Warren on eight under par, with McIlroy recording a 70 as he made the cut at his home Open for the first time in four years. 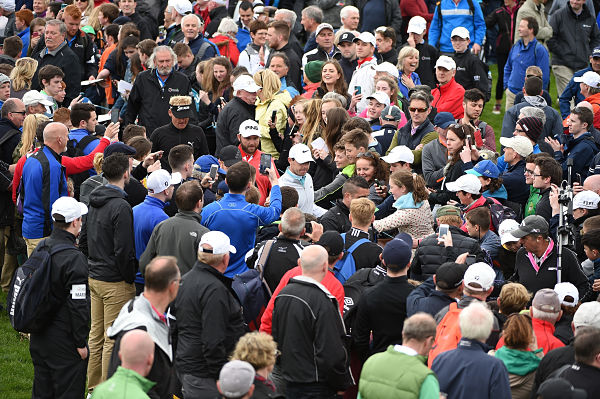 Willett has two wins to his name this season while McIlroy has not finished outside the top ten in five appearances on the European Tour, but it was a stunning return to form for Warren after missing six cuts in nine starts.

The Scotsman closed with two birdies to sign for his lowest round of the season so far. His 66 was later matched by compatriot Russell Knox, who defied persistent afternoon rain to climb into a share of eighth place on three under par.

Matthew Southgate was one of a handful to make a move late in the day, although the Englishman was disappointed to have dropped two shots in his last five holes. Still, a round of 69 was good enough to move Southgate up to fourth place on five under par.

Danny Willett: “I hit it well in places, but it was a bit scrappy at times. It was cold this morning and windy as well at times, plus there were a couple of sneakier pins today, so scoring wasn’t as easy. So fair play to Marc [Warren], 66 today was a fantastic score.

“I think we’ve got the course pretty much nailed, apart from the tee shot on 17. But I think everyone seems to be struggling with that. I just seem to keep smashing it into the right-hand trees.

“But apart from that, you know roughly what you’re going to do off each tee. It’s a good golf course, you have to get your ball in play off the tee and then know when to attack some of the flags. It’s a great place to come and play golf, especially with the crowds over here, so I’m looking forward to the weekend.”

Rory McIlroy: “Today was a little bit erratic in places. I still made six birdies, so I gave myself plenty of chances out there and took care of the par fives, but I also made a few too many mistakes. I missed a few more greens today, which is because I missed a few more fairways, so I need to tidy that up. I hit a few more positive putts on my back nine, but I wasn’t great with the putter for the first few holes.

“I’m excited to be in there for the weekend with a chance to win. I’m one behind Danny and Marc at the minute, and I can’t see many of the guys getting to that score this afternoon with the weather that’s forecast. I’ll be hopefully be able to go on a run over the weekend.”

Marc Warren: “I think everything was pretty solid overall. I kept the ball in play off the tee, which is obviously important in these conditions, and my short game was good. I had a nice chip-in on eight, which was my 17th, and finished with a nice birdie as well, so overall it was a really good day.

“Playing a couple of groups in front of Rory this morning and yesterday afternoon, the atmosphere was incredible. It’s renowned as one of the best events on The European Tour, and one we all look toward to.”