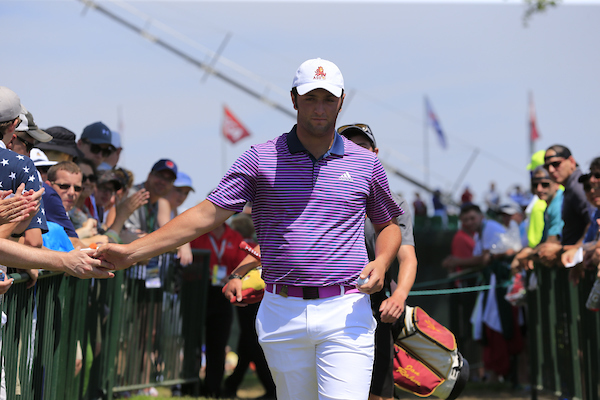 “Whoever says that I don’t want to play or that I’m not interested in the European Tour has no idea”. Jon Rahm responded with no hesitation. It’s a mixture of anger and perplexity. He doesn’t understand how people can come to that conclusion, which he considers to be unwarranted and lacking substance.

It’s true that Rahm still hasn’t played in any tournament in the European Tour, but the explanation isn’t because the Spanish golfer isn’t interested, it was just the natural progression of events at the start of his career. And it was just the lack of opportunity to be able to do so throughout his logical evolution as a professional.

Rahm tells it like it is. He doesn’t beat around the bush with this topic. “It’s a lie that I don’t care about the European Tour. I want to play in Europe and the Open de España will always be on my calendar. I’ve always said that. I’ll play in it every year as long as it doesn’t coincide with a major, evidently, a situation that is highly unlikely”, he assures Tengolf.

If Rahm hasn’t officially made the jump to the European Tour it’s only because of a logical reflexion on his professional career. His first objective when he finished his brilliant era as an amateur was to obtain the PGA Tour card, what 99.9 percent of golfers aspire to do. It is, to this day, the biggest tour in the world, where the best golfers are every week and the place where everyone wants to play. His extraordinary debut in his first few tournaments as a professional allowed him to achieve this incredible feat. In less than a month he was granted the card with a sequence of outstanding results such as third place in the Quicken Loans and second in the RBC Canadian Open.

After having obtained the PGA Tour card, the next step would be to try to earn the rights to play in Europe, because of the fact that Rahm cannot currently play in the European Tour except if he receives an invitation. The two conventional ways to obtain the European Tour card are the Qualifying School or to reach the top 50 in the world rankings, playing in the majors and World Championships and to take advantage of those tournaments to try to earn enough points and money to gain access to the card. Once that’s done, he would become an official member. “Truthfully, my team and I analyzed the situation and we think that during my first year the with the American tour card, it wouldn’t be smart to go through the European Qualifying School. If I would have earned the card I would have had to maintain the rights to play in both tours making many trips between Europe and the US and almost definitely playing more than 35 weeks, making the Transatlantic trip every so often. Having to deal with such a difficult situation my first year would mean putting the PGA Tour card in jeopardy and I don’t think it would be the best decision”, he explains.

Rahm understands that he must continue with the logical evolution, a process which golfers who attempt the arduous task of maintaining both cards have to go up against, such as Sergio García. In other words: “The objective is to continue to grow, do things well, get good results in the PGA Tour and then to try to reach the top 50 in the world and thus have to maintain both cards, being a member of both tours. If I’m in the top 50 in the world I can play in four majors and the four World Championships, eight tournaments that count for both tours and could grant me easier access to the European Tour. Trying to do it without being in the top 50 in the world would be very risky. In attempts to get more, you could come out with less, explains Jon.

Rahm insists on setting things straight once and for all. “I would love to play in Europe, I want to play in Europe and there’s nothing I’d like more than to play in the 2018 Ryder Cup in France, but decisions should be made intelligently and for the best. Doing it any other way would be putting what I have in danger for wanting more”, he reiterates.

EAGL, world’s first franchise-based amateur golf league, promises to be a game-changer for players and sponsors in the UAENews
21 January, 2021
Emirates Amateur Golf League (EAGL), a first-of-its-kind franchise-owned amateur league tournament in the world, has been launched in the UAE. Conceptualized by Mr Sudesh Aggarwal, a prominent…
McIlroy aiming to get the job done in Abu DhabiNews
21 January, 2021
Four-time Major Champion Rory McIlroy hopes to continue his strong run of form at the Abu Dhabi HSBC Championship as he starts his 2021 season at the first Rolex Series event of the year. In ten…
Golf’s way to international popularityNews
21 January, 2021
It is difficult to say exactly when the sport golf originated, but it is most likely to have been invented in Scotland around the 15th century. Since then, the sport has dealt with a broad…
International Ryder Cup stars descend on Abu DhabiNews
21 January, 2021
European Ryder Cup Captain Pádraig Harrington has confirmed his participation in the Abu Dhabi HSBC Championship, the first Rolex Series event of the 2021 Race to Dubai season, when international…