We haven’t seen much of Bryson DeChambeau since landing his maiden major victory at the US Open last month. In fact, his appearance at the Shriners Hospitals for Children Open last month, where he finished tied for 8th, is set to be his only appearance between the US Open and The Masters (12th-15th November).

DeChambeau has no fears about getting rusty, however, and his preparation offers an insight into how dramatically his game has changed. “I’m not really going to touch a club too much,” De Chambeau said. “Going to be training pretty hard and getting myself up to hopefully around 245, something like that, in weight, be the first time I’ve ever done that.”

His focus on getting his weight up demonstrates DeChambeau’s commitment to the power ideal. His calculation that driving distance would pay-off ahead of accuracy proved correct at Winged Foot last month. Augusta can reward players who make colossal drives, and that’s been a debate for long before DeChambeau’s driving distance became one of golf’s biggest talking points. But it will also punish players for inaccuracy, especially on – and around – the greens.

DeChambeau is the current betting favourite (around 8/1 at the time of writing). And, it’s no coincidence that the other market leaders are Dustin Johnson, Rory McIlroy and John Rahm, all of whom are considered among the longest hitters in the game. Someone like Johnson, who is priced at 11/1 with MansionBet, is particularly interesting as he is ranked as having the best short game in golf in 2020.

Consider 2018 winner Patrick Reed, for instance. Reed hits well below the tour average in driving distance – more than 40 yards behind DeChambeau. His short game can be excellent at times, however. Golf tipster Steve Palmer talked about that recently, citing his “magnificent short game performance” at Winged Foot over the first two rounds. Reed fell away on the Saturday, but going four under over two days at the US Open was very impressive.

Reed has been poor at Augusta, except for 2018

We know, of course, that Reed has what it takes to win at Augusta because he has won there before. But, to be frank, the 2018 victory seems something of an outlier given his poor record in other years at The Masters. Reed’s price of 25/1 puts him among the top 10 contenders, but sportsbooks tend to place previous winners quite highly in majors markets, and we don’t think that reflects some particular insight on Reed’s short game. He’s a fine player, of course, and capable of pulling out big victories, but his record at Augusta outside of 2018 is distinctly average. 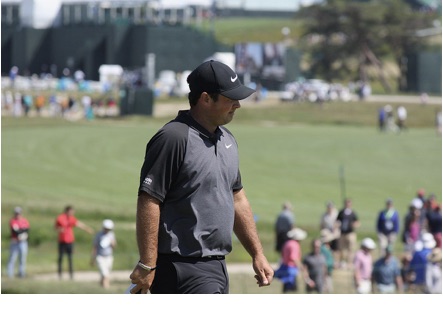 Most statisticians believe that power matters at Augusta. FiveThirtyEight, which is one of the best authorities if you really want to deep dive into the data of sports, pointed that out a few years ago. They looked at how Augusta punished those with short drives (versus their expected results) and awarded those with the long drives. As with any major, there have been “fluke winners” (FiveThirtyEight’s words), and plenty of them. So, we can’t rule out someone surprising winning next month, but the data favours the likes of DeChambeau or Johnson.