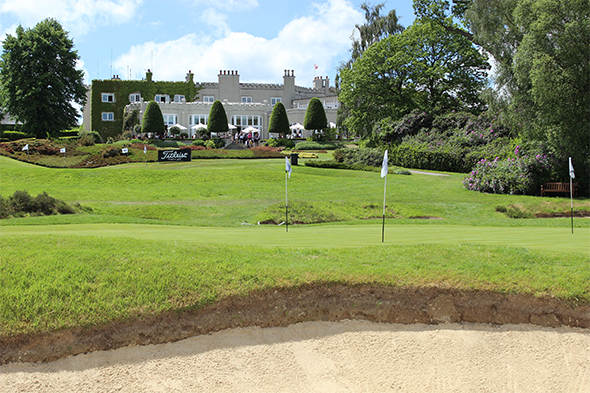 On June 4, 1926, almost 88 years ago, Samuel Ryder said ‘we must do this again’ at the clubhouse bar at Wentworth Club, just a stone´s throw away from the 18th green of the East course (the BMW Championship was being played on the West course).

That announcement by Mr Ryder, who made his fortune by marketing seeds, was precisely the seed that created the famous cup that bears his name. He was playing a friendly match at Wentworth between an American team led by Walter Hagen and another Brit, when he made that infamous statement to several players (Hagen, Barnes, Duncan, Mitchell…), and was excited by the prospect of such a spectacular event.

Today we drive down memory lane on the ground where a crucial part of golfing history was created.

Donaldson remains ahead in DubaiNews
1 December, 2020
Jamie Donaldson signed for a three under 69 to maintain his one-shot lead and set the clubhouse target at 13 under par on a fog-delayed Friday at the Omega Dubai Desert Classic. The Welshman…
Masterful Garcia to join Westwood at British MastersNews
1 December, 2020
Masters Champion Sergio Garcia has confirmed he will join tournament host Lee Westwood at the British Masters supported by Sky Sports at Close House, in Northumberland, England, from September…