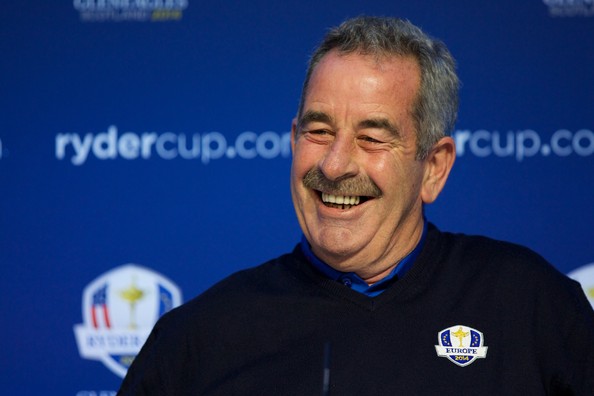 Sam Torrance, vice-captain of the European Ryder team said what he said and we will see if it comes back to haunt him.

To summarize: the Scot has made it clear that Lee Westwood and Graeme McDowell will be in the team in late September. So he told several British journalists before the Northern Ireland´s excellent victory in France. A win that has assured G-Mac a place at Gleneagles, through the World Ranking list (gross points in the world ranking).

He only failed to say, “And Poulter, no way.” It wasn´t necessary because Ian is much better positioned to fight for his place in the team.

Another thing is Westwood. The Englishman is not having a great season, although he did finish 7th at the Masters, 6th at THE PLAYERS and won in Malaysia … Nevertheless, the feeling is that Torrance has capitulated. It is possible, if not probable, was the Scottish veteran expressing his conviction. “Do not worry about Lee, on his own merits he will get into the team, he has the time ahead and we are confident of his ability.¨

Consider the case of Miguel Angel Jimenez, who has already won twice this season, was 4th in the Masters and not even wild horses could stop him from wanting to play in his fifth Ryder. Torrance’s sentence does not help him. Or do him justice. And if anyone has earned consideration, it is our man from Malaga. Or maybe it helps him, extra motivation. You never know with the Churriana.

With the history of the Ryder in his hand, it is understandable that a captain wants to have Westwood in the team: he has played in the last eight Ryder Cups, and his record is more than considerable: 37 games played, 18 won, lost 13 and drawn 6 times – thus a total of 21 points. Only Nick Faldo (11), Bernhard Langer (10), Christy O’Connor Sr (10) and Dai Rees (9) have played more times in the Ryder. His averages are more than considerable when taking into account the responsibility he has had in the team: never playing less than four games and in five of his eight appearances has won five points.

These figures speak for themselves. But to speak them is not necessary. And in any case, you not say that you will grant him a lifetime credit. What happens if Westwood loses form over the coming weeks? Remember the old adage: you own your silence, but are enslaved to your words.

Donaldson remains ahead in DubaiNews
22 January, 2021
Jamie Donaldson signed for a three under 69 to maintain his one-shot lead and set the clubhouse target at 13 under par on a fog-delayed Friday at the Omega Dubai Desert Classic. The Welshman…
Masterful Garcia to join Westwood at British MastersNews
22 January, 2021
Masters Champion Sergio Garcia has confirmed he will join tournament host Lee Westwood at the British Masters supported by Sky Sports at Close House, in Northumberland, England, from September…