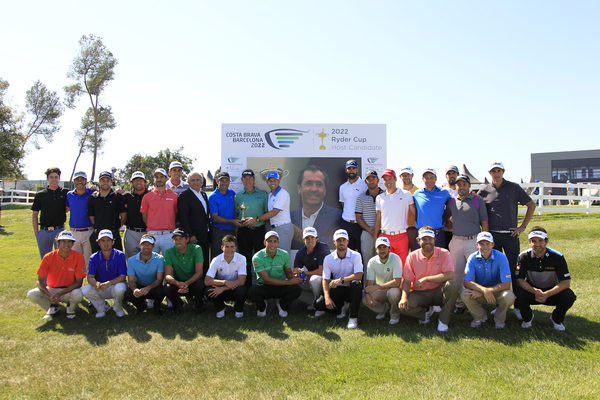 With the recently updated world rankings, fresh out of the oven, we’ll analyze some of the general data. It goes without saying that the US is in another galaxy: it has 5 of its players in the top-10, 25 in the top-50 (exactly half), 44 in the top-100…And we could continue on like that for a total of 160 American golfers who are positioned in the top-500 of the world, or 281 of the top-1000. Some pretty untouchable percentages.

Thanks to Sergio García and Miguel Ángel Jiménez, Spain has been able to maintain good standings as far as top-10 goes, where only the US has more golfers, and the top-50, where we’re positioned the fifth highest ranked after the US (25), England (6), South Africa (3) and Northern Ireland and the Republic of Ireland (3). The fourth highest-ranked if we separate the two parts of Ireland.

From here, there will be an examination of what could be denominated as the middle class golf of the world elite, where the Spanish Armada isn’t so strongly anchored, or in other words, goes down in the rankings and loses some of its presence.

RANKING OF THE TOP-150 OF THE WORLD IN TOTAL NUMBER OF GOLFERS:

RANKING OF THE TOP-200 IN THE WORLD IN TOTAL NUMBER OF GOLFERS:

RANKING OF THE TOP-500 IN THE WORLD IN TOTAL NUMBER OF GOLFERS:

RANKING OF THE TOP-1000 IN THE WORLD IN TOTAL NUMBER OF GOLFERS:

It can always be said that the Japan Tour, Australia PGA Tour, South Africa Tour (Sunshine Tour) and Korea Tour (KPGA), among others, count in the world rankings, which gives these countries an advantage, but it doesn’t cease to be a catch 22 situation: these tours also represent the introduction of golf there, the presence of sponsors, vital for development, which greatly increases the amount of young talent to be able to compete and to improve, or to maintain others that aren’t as young anymore.

The list of 25 Spanish golfers in the top-1000 is the following:

Evidently, men’s Spanish golf isn’t in its best moment as far as results, which immediately affects the world ranking, but which doesn’t always have a direct relation to the probable projection of these golfers. With this list at hand, all of us can think of names whose possibilities and objectives are much higher than reflected, whether it be because of career history, evolution, track record, age, or other parameters (injuries, current physical state, etc): in this section we could include almost all of them, but the cases of Gonzalo Fernández Castaño and Álvaro Quirós stand out, without a doubt. On the other hand, it’s not a far stretch to think that Jon Rahm, still an amateur, will be stronger in the world rankings when he goes professional within just over a year from now…

That being said, it’s also not in the best interest to use half measures, nor to count the eggs before they hatch: the results are what they are and their reflection in the world ranking is what it is as of today.

Donaldson remains ahead in DubaiNews
1 March, 2021
Jamie Donaldson signed for a three under 69 to maintain his one-shot lead and set the clubhouse target at 13 under par on a fog-delayed Friday at the Omega Dubai Desert Classic. The Welshman…
Masterful Garcia to join Westwood at British MastersNews
1 March, 2021
Masters Champion Sergio Garcia has confirmed he will join tournament host Lee Westwood at the British Masters supported by Sky Sports at Close House, in Northumberland, England, from September…