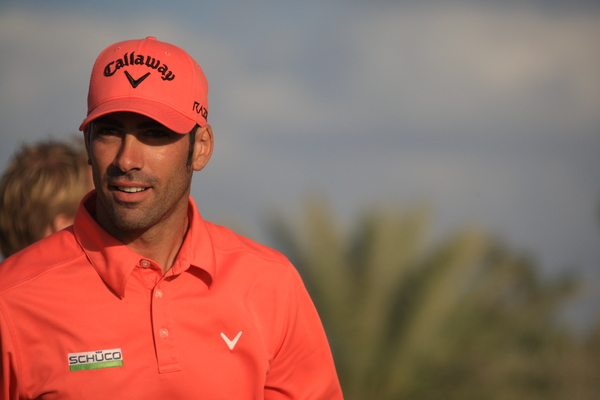 This saying can be perfectly applied as of today for various reasons. Let’s go bit by bit. First off, because my latest results haven’t exactly been outstanding, but they were decent and I even managed to finish some rounds with pretty low scores. The best part of all is that I’m content and at peace, without constantly having to over-think everything. Secondly, because I’m going to play in Puerto Rico next week, PGA Tour tournament. So in the absence of the World Golf Championship at Doral, Puerto Rico is looking pretty good…

I was able to get the invitation from Sidney Wolf, a Puerto Rican man who is part of the tournament organization and whom, life’s little coincidences, I’ve known for more than ten years now, from when I was playing in the 2004 world amateur tournament in Puerto Rico. We met each other there, and we got along really well…still even now.

I’m writing to you now from Madrid, where I’ll be for a few days with Pepín Rivero to work on specific things before leaving for Puerto Rico this weekend. And one thing doesn’t take away the other: after playing there, I’ll stay in the US for a week because I’ve got things to do, among which, to go back to Las Vegas to meet up with Butch Harmon again. Like I’ve already told you before, what I do with Pepín and with Harmon are not only compatible aspects, but even better said, completely complementary aspects.

I’ll tell you about my schedule as well until the month of July. I’m going to play in Morocco and further ahead, two weeks in China (Shenzhen and Volvo). After a two-week break, there will be four weeks in a row: the Spanish Open, the BMW in Wentworth, Ireland and the Nordea in Sweden. I’ll also be playing non-stop from the end of June to the middle of July in the BMW in Munich, the French Open and the Scottish Open.

Before and after this stretch of the season, the US Open and the British Open will be held and I’m not currently on the roster for those tournaments, and one’s schedule has to be planned according to what’s at stake as of right now. And if by fate I make it to the US Open (I wish it would happen this way, because it would mean that I’ve improved significantly), there wouldn’t be a problem, I would participate in it in addition to those I’ve already mentioned, and the same with the British Open.