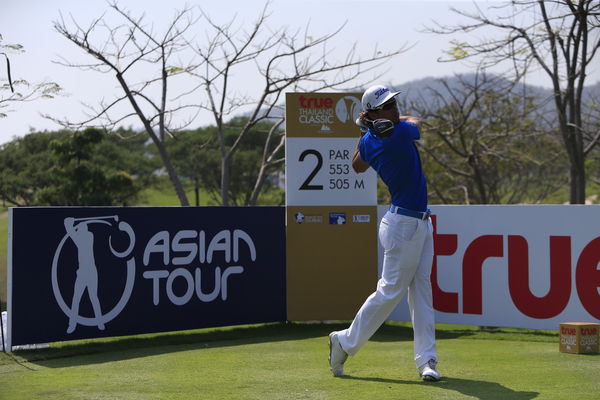 After the traumatic finale at the Final in Dubai last year, I really wanted to do well at the Desert Classic, but at the same time, today I’ve realized that, precisely because of that finale, I was left with a bad sensation stuck within the confines of some corner of my mind that was capable of affecting me…If you’ve noticed, my game wasn’t entirely off, but a good part of my low moments came at the final stretches of some of the rounds, precisely when I had to make an important play, whether it be to pass the cut or to move up in the rankings. There was something there that I hadn’t been able to move past which caused me to doubt myself slightly, to have anxiety, and perhaps to worry too much.

All of that, together with the fact that my game wasn’t one hundred percent because I had been working a lot on technique over the winter and it’s possible that what was missing was a bit of fluidity and continuity.

I’m not worried, because I think that I’ll be able to overcome this obstacle in Thailand. I started to notice that my game was becoming more and more solid and fluid after two rounds without bogeys. I didn’t do well on the putt on Sunday, which is why I didn’t finish with a higher score, but I left content.

Lately I’ve been contemplating one question: throughout the last two years, mainly, I’ve never ceased to look for the missing piece in my game in order to improve, but maybe what I need to do now is to stop searching and searching. Just to think that everything that needs to be in my game is already there, and that all I need to do is to develop it and let it flow and come out on its own. This week I’ll be in Puerto Rico. You never know what will happen, because it is still, after all, a PGA Tour tournament, where there’s a lot at stake…

I starting tearing up on my own in the airportRafa Cabrera Bello
11 May, 2021
Hi everyone! I know it's been awhile since I last wrote in this blog, but I hope it's worth the wait. I wanted to share about my experience these past weeks with everyone once I knew that I had…
On dreams and ambitionsRafa Cabrera Bello
11 May, 2021
A positive assessment after the Gulf Swing. It couldn’t have been any other way. It’s true that when you’re that close to coming out on top, the sensation sticks with you of not having been…
The Open helps, but it doesn’t completely wash away the bad taste in my mouth…Rafa Cabrera Bello
11 May, 2021
I’ve finally been able to get rid of that thorn in my side from not being able to play in the British Open in Saint Andrews, which I’ve had stuck there since longer than you can imagine. It all…
If not at thirty, then maybe at forty like Miguel…Rafa Cabrera Bello
11 May, 2021
I´ve just finished the BMW PGA Championship with a round of one under par. I am happy. Today I played better than yesterday, especially on the back nine, but after my start, obviously I would…