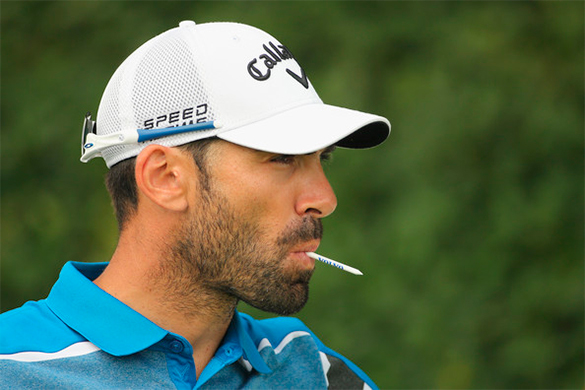 How is everyone? Sorry I haven´t written for a while but I have been very busy over the last two weeks, since the trip to Malaysia.

The visa issue with China is always a pain and I am not confident they will give me the paperwork because I always make a little mistake. You have to be very careful.

I was training hard physically before traveling to Malaysia. It was the last week of a ¨mini pre-season¨ that my coach had designed to improve my conditioning, which never hurts, I will change the subject as this is very boring.

Last week in Malaysia was stifling and I promise you I am one of those people who prefers hot weather over cold. But as I was leaving the air-conditioned hotel I started sweating like pig. We were lucky to finish the four rounds because as you can imagine the heat builds up during the day and the humidity becomes unbearable. At around 4pm there are heavy bursts of rain – enough to suspend play. Personally I don´t like the idea of having to rely so much on the weather, but when you travel to Malaysia we know that rain is always a possibility.

It was a week in which I trained just enough. By that I mean after playing I didn´t rush to the driving range and practice more. The days were intense and there was not much time.

As you saw, it looked like that Lee Westwood would be on his way home after the first two days. I made a bet with my caddy, Raul Quiros, as to who would win the tournament. I did not want any surprises so bet on Lee. Raul, however, looking for that moment of glory bet on Julian Quesne. As usual I won. It was also a week in which we didn´t leave the hotel often. Because of the heat we were happier to stay in the comfort of the hotel. There we found a very good steakhouse and an Italian, which never let you down.

You could say that overall it was a good week, ending with a good final round and, most importantly, putting well, which is really all I was missing on the other rounds.

Right now I am writing from China and I can tell you that after the first day the putter is behaving itself quite well.

China is a country that never ceases to amaze me for many reasons, one of which is the size of their cities. We are in Shenzhen, a city of 15 million people. Isn´t that amazing? Another reason is the amount of people who are working on all of the courses in which I have been to in this country. For everything there are loads of people. For example, this morning at breakfast I felt I was being watched as there were seven people serving me…asking me if I wanted tea or coffee. First thing in the morning I my not be the friendliest person but I didn´t want to complain. Better to have too much than too little, eh?

The course is completely different from last week. Wide, open fairways and greens, that although are sloped, are not tiered like in Malaysia. Also their speed is very different, much slower. They are in perfect condition – just like in Malaysia.

I say goodbye until next time, and hopefully I can share with you good results from this tournament.