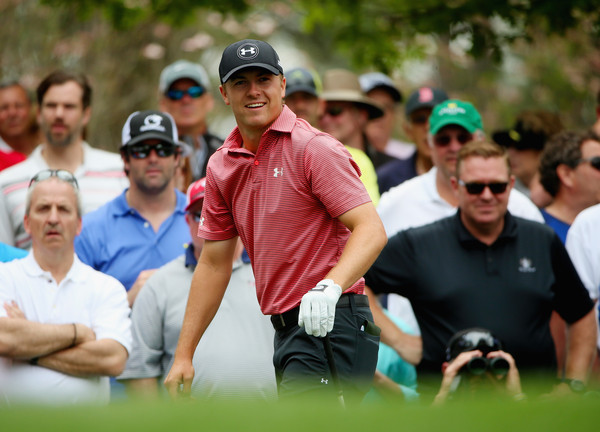 I know it isn’t very original, but my bet’s on Jordan Spieth to win the Masters. It could be the big surprise. I was watching him in the Houston Open, he did well and is coming off a lucky streak. He already stood out last year and I think the key to his performance is that he enjoys playing, he never forces it too much and he’s always outwardly content with the outcome. He seems to be a golfer that doesn’t get worked up during the round. Apart from that, what more can I tell you that you don’t already know. Obviously, he plays really well. He does everything well. He has a good approach, he putts well and he hits the ball well.

However, today all eyes will be on Tiger Woods. Logically. I don’t know what to think. It’s up in the air, although it’s hard to believe that in the Masters, as demanding as the Augusta National is, with those pre-greens, those greens…I don’t know, it’s doesn’t seem like the best place to build up confidence again. It seems unlikely that we’ll see a drastic change from the latest performances that Tiger has put forth.

In my point of view, Tiger’s problem is mainly mental. It could be that his technique isn’t too far off, but that’s not the most important part. It’s possible that during this two-month break, he’s been able to recover his confidence, but Augusta is a course that pushes the limits too much to be able to make all the recent problems disappear out of thin air.

And just one clarification: that Tiger Woods has dropped off the map is indisputable, but let’s not kid ourselves, right now he’s not at his best. How long will it last? That is to be seen. Everyone goes through bad spells, but because it’s Tiger, it’s multiplied exponentially. He’s so talented that it’s difficult to watch him when he’s down.

I’m writing this as I watch the highlights on TV from the 1999 Masters, yes, the second time that Olazábal won. Does it look like I miss Augusta…?

I’m frustrated not to be in the Masters. For those that play in the PGA Tour, it’s enough to have had one good week and to have won a tournament to be in it, but from Europe it’s much more difficult, it’s a long haul. I miss being there, but I also know that at some point, the bad spell will end and I will be able to enjoy again. I don’t know if it will be next year, I want to believe it will be, but at least I’m beginning to see, as the politicians say, the green shoots.

The Spanish golfers deserve a special mention. Hopefully they have a good week. Sergio was headed toward the victory in the Los Angeles final, and he’s always in the runnings, even if he doesn’t win. What is there to say about Miguel. He makes the the impossible look possible. Why not think he could be among the leaders fighting for the victory in the Masters this Sunday. And in Chema’s case, it’s difficult because I’m influenced by what he was. It’s obvious that his game now isn’t the same as before, but in Morocco he finished with a 66 and proved many things. If he makes the cut, he’ll have a good chance of coming out well and finishing in the top 20.