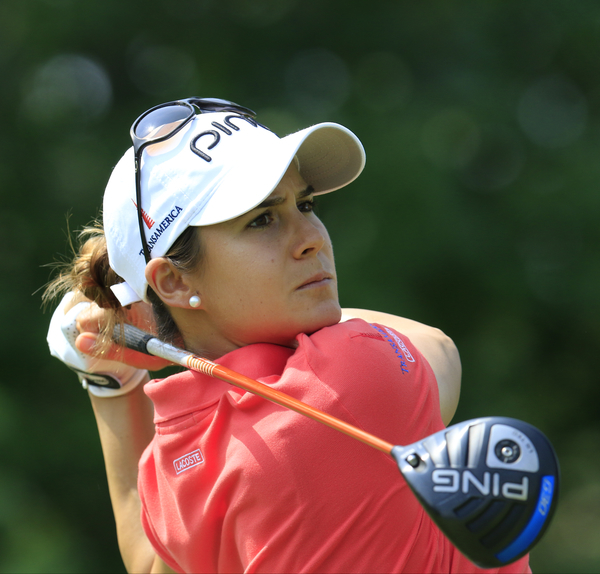 Hi everyone. We’re already in Lancaster now. This week is the US Open. Silence, please. Big week. Important week. Charged with motivation and drive. On top of that I’ll be going in with the high from having made third place two weeks ago in Arkansas.

I was already playing well from before, but I would fall out of it quickly, as you already know, the putt is the one thing that can give the game the push it needs and when it doesn’t come through…But that’s golf. In Arkansas, I had a change in attitude for the better, and above all, I started hitting well with the irons again, which is the strong point of my game.

It was a good score that came at a good moment, now that many important tournaments are coming up, so it’s to be seen whether or not that good streak will continue, and most of all this week. If I had to analyze my game, I would say that I’m content. I’ve come far in improving my short game and I feel good on the putt, I’m hitting the ball much better.

If we were to talk about all aspects of the game, not everything is going so well…My hand is better, but I’m still not at one hundred percent because the scar still hurts a lot. It hurts when I go to the gym, when I hit balls and even when I’m not doing anything and it rubs up against something. It bothers me a lot. Luckily, it doesn’t hurt when I play, I don’t know why, maybe it’s because of the adrenaline or because I’m not thinking about it, but that’s the reality of it. I’m starting to get bored, so I hope it passes over quickly.

As far as the course, I don’t have much to tell you because I’ve never played on it. I only know what Carlota has told me, that it’s pretty rough in general, on the greens in particular. I prefer not to ask too many questions because you end up basing your opinion on what everyone else says, and I would like to show up fresh and formulate my own opinion of the course. In any case, I can already tell you that it’s going to be an incredible course, like all those of the US Open.

Thirteen days after the operation...Azahara Muñoz
16 May, 2021
Thirteen days have passed since the operation and I'm feeling good. What's more, today I was at the golf course hitting some putts and a few chips, going easy it's true, it's not about forcing it…
'Opendicitis' to finish off the yearAzahara Muñoz
16 May, 2021
The year came to an end with an unexpected visit to the hospital. It all started on Wednesday of last week. Suddenly, I woke up that night with a sharp pain in my stomach. Strange. I had never…
A note on the mirrorAzahara Muñoz
16 May, 2021
It’s the Thursday of the Open de España. I’m going to play in the morning session. Very early start. The first thing I do when I wake up is go toward the mirror. There’s a note. What was it?…
Controlling expectationsAzahara Muñoz
16 May, 2021
I don’t think it will come as a surprise to anyone when I say that I haven’t started the season off as I’d hoped. We’re already a third of the way through and the truth is that the results…