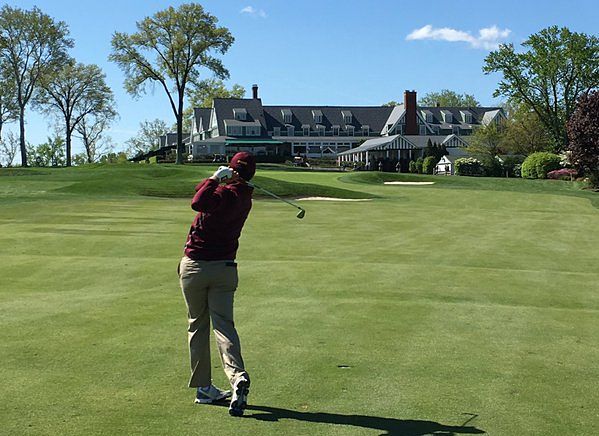 These last few days have been really intense. What a week. I almost don’t even know where to start. I’ll go in reverse chronological order, that way it’s easier. I’ll start with the last thing that happened. Tuesday was my graduation ceremony at Arizona State. Very exciting. I can now proudly say that I’m a graduate in Communications or licensed, as they say in Spain. This chapter has come to an end. A chapter that I can only describe as wonderful and incredible, during which I was able to meet amazing people, I learned a lot, I’ve matured, I’ve grown as a player and, most of all as a person. It also consisted of hours upon hours of hard work and tough moments, because evidently it’s not always a bed of roses, but it was definitely worth it. All I have are sentiments of gratitude toward Arizona State after these past four years. That definitive moment at the graduation ceremony, so American, receiving the diploma with a graduation cap, all unforgettable memories.

Now a new chapter has begun. The official confirmation as far as golf goes will be after the US Open, when I go professional, but I already feel like it’s a new era. There will be a lot of changes happening, but I feel ready, and above all, excited to take on these new challenges. Talking about the US Open, I have a few things to say about Oakmont. I was at the US Open headquarters last weekend. They were long days ‘at the office’, very intense and exciting. It was the first time I had been to the US Open headquarters where I’ll be playing, so you can imagine what it felt like: thrill, responsibility, excitement, respect, happiness, work, professionalism…A little bit of everything.

I was able to see why they call it the the Monster or the Beast in Oakmont. It’s a very, very demanding course: long, narrow fairways, incredible rough, tough and fast greens…It’s impossible right now to think that best golfer won’t win that week. I, for one, don’t have a doubt about it. End result? The typical outcome at the US Open in these conditions. Pars will be like birdies, so maintaining par in the tournament would be a great feat. I played four rounds and I only decided to count the shots the last day. I shot a 74 with three birdies…and the members of the club said the course was easy that day… No further comment, Your Honor.

The three finalists of the Ben Hogan Howard Award were announced this week as well, and I am in the running for the second year in a row with Beau Hossler and Maverick McNealy. I couldn’t be more grateful. It would be an honor to win the award for the second year in a row, but having made it to the finals in itself is incredible and exciting enough for me. The final decision will be made on May 23rd. Wish me luck.

Knowing that my name will always be there is an incredible honor for meJon Rahm
16 September, 2021
I think I’m still smiling after Sunday’s win. And because of what’s to come. Winning the finale of the Pacific Conference, known as the PAC 12, is one of the most important titles you can…
The story behind the crucial change in putt before the US OpenJon Rahm
16 September, 2021
Hi everyone, we’re in Scotland now. I have been really excited to start competing in Europe again. I haven’t done it since the Open de España in 2019. A lot of time has gone by since then, and…
I didn’t expect to get it so quicklyJon Rahm
16 September, 2021
When the tournament ended and they told me that I had secured the card, I couldn’t believe it. Are you sure? One hundred percent? Make sure they’re not Canadian dollars instead of American…
That’s how I’m going to prepare for the US Open and my absence in the Open de EspañaJon Rahm
16 September, 2021
Change of plans for the US Open. It's now been confirmed that I'll play as an amateur, through the invitation I received from the USGA after having finished the course as Number One in the world…