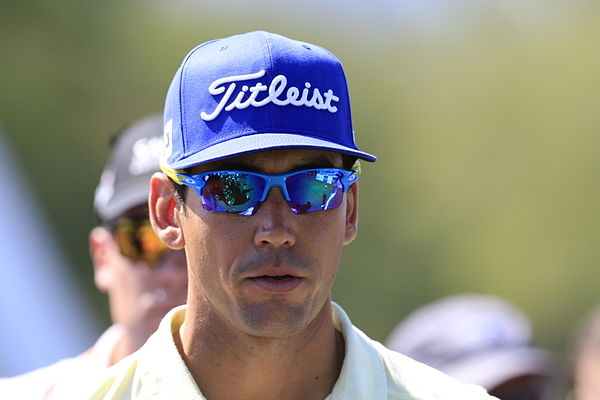 A positive assessment after the Gulf Swing. It couldn’t have been any other way. It’s true that when you’re that close to coming out on top, the sensation sticks with you of not having been able to pull off the win. It’s inevitable. It’s frustrating. But when you think about it logically, what else can you do. If you do everything in your power to make it happen and someone else does it better, there’s nothing to be hard on yourself about. All you can do is congratulate your opponent on a job well done. I’m mainly referring to Dubai, where I was really close to reigning in the victory. I don’t know if you got the same impression watching on tv, but I really thought halfway through that the putt for eagle on the 18th was going in…

There are many ways to come out second in a tournament and not all of them carry the same weight. It’s not the same having lost a tournament because of a few errors as when your opponent does it better and beats you fair and square. That’s the sensation I got both in Qatar, with Branden Grace, and in Dubai with Danny Willett. However, I feel that in both weekends I took a step forward. I’m convinced that playing that way on Sundays will mean that the win will come sooner rather than later.

As you already know, I’ve been working a lot these past months on the psychological aspect of the game. It’s a process. There’s no switch that can suddenly be triggered to change things from night to day. It would be great if there were some magic formula, but it’s not like that. You have to go step-by-step, little by little, by experiencing these situations and trying to enjoy the moment as much as possible. I truly think that I’m on the right path.

The two second places in Qatar and in Dubai and the solid performance in Abu Dhabi put me in fourth place in the Race to Dubai and, thus, has secured me a spot in the WGC Cadillac Championship. I’m really excited to return to the World Championships and more specifically to Doral, where I’ve still got to get that thorn out of my side from the last two tournaments there where things didn’t turn out well. The door to the Masters is starting to open up again, although there’s still some work to do before it opens completely. For the moment, I prefer to take things one step at a time, first Malaysia, then Doral and we’ll see if my game in those two tournaments is enough to get me into the top 50 in the world. As you can imagine, it would mean a lot for me personally and for my career.

I’ve had to make an adjustment in my schedule after the rankings for Doral. I was planning on playing in Malaysia and Australia, but now I’ve decided to cut out Australia to get ready for the WGC at Doral, which is held the week after, the first weekend in March.

To finish off this blog post, I’ll leave you to reflect on two things they asked me about in Dubai, which may interest you. They asked me about my dreams and ambitions as a golfer and also about my attitude out on the golf course. See you soon!