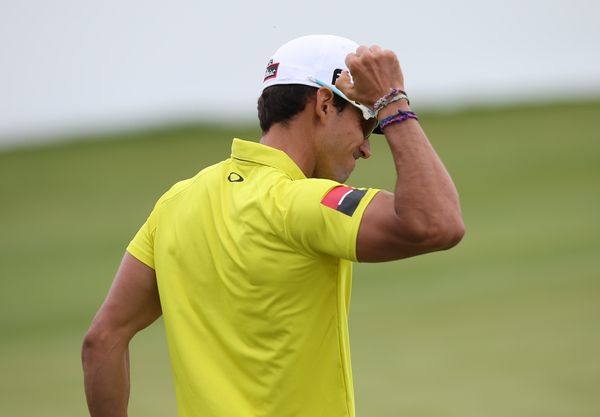 I’ve finally been able to get rid of that thorn in my side from not being able to play in the British Open in Saint Andrews, which I’ve had stuck there since longer than you can imagine.

It all began with the Final in Dubai in November last year. There, with a bad ending in the final round on the last day I lost the opportunity to finish out the year among the top thirty of the Race, which would have guaranteed me a spot in the British.

In Ireland, a few weeks ago, I had it in the bag and lost it all on the last putt. After, in Munich, having won the tournament would have put me among the top twenty of the Race in that moment and would have also earned me a spot in the British. I had more options after the first two rounds, such good rounds…And finally, in France, taking the lead again after the first two days I was there, although after a bad Saturday and the terrible beginning this Sunday it seemed impossible yet again…And look what happened!

In each and every one of those moments I was completely conscious of the fact that, among other things, I had lost the chance to play in this year’s Open in Saint Andrews. Mainly because I’ve always thought that playing in the British on this course had to be the maximum level that existed in golf. On top of that, it’s a course that I like and that I’m good at and I think that if I were to have the possibility to get high up in a Major it would definitely be the British Open. Since I’m in great physical shape at the moment, I’m headed to Saint Andrews armed and ready.

In that respect, everything is great, really content. But it’s important to establish the difference. Participating in the Open doesn’t make me forgot all the opportunities I had to come out on top. It doesn’t completely wash away the bad taste in my mouth because I was at the top for weeks and unable to pull through….

The positive side, apart from being in Saint Andrews, is that that extraordinary final round in France will help me a lot in the future: it’s not raining every Sunday anymore. It goes without saying that the two eagles on the 12th and the 14th were the key to that amazing finale. So I don’t mind recreating the situation at all! On the 12th I hit a 3 wood from the tee to the middle of the fairway and had 122 meters to the flag with a breeze from right to left. I used a pitching wedge with a little draw…and down the hatch and in the hole!

On the 14th, drive straight to the middle of the fairway again. I had 228 meters to the flag and hit a 5 wood perfectly that left the ball at less than one meter away from the hole.