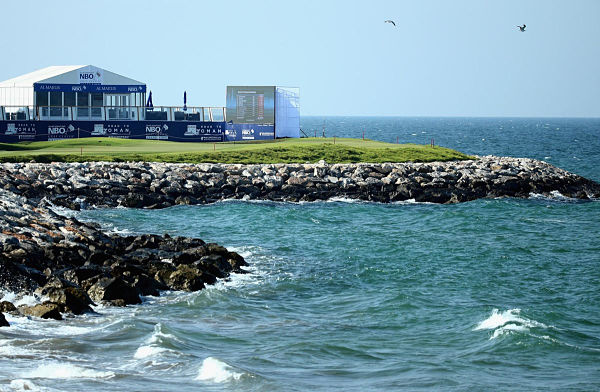 The European Challenge Tour will once again break new ground and continue to pioneer the growth of the game across the globe with five new tournaments on a 2016 schedule which reflects the increasing strength of Europe’s top developmental tour.

As well as the already-announced Swedish Challenge hosted by Robert Karlsson and the Ras Al Khaimah Golf Challenge, this year the tour will return to England and Egypt, while the addition of the Hainan Island Challenge means the exciting season-ending run of events will include two weeks in China in October ahead of two weeks in the Middle East.

The 2016 Road to Oman will comprise a total of 27 tournaments in 21 different countries, with all players chasing a spot in the top 15 of the Road to Oman Rankings and graduation to The European Tour.

All roads will once again lead to Muscat and the season-ending NBO Golf Classic Grand Final, where last year Ricardo Gouveia sealed a stunning victory to seal his position as Road to Oman Rankings winner after a record-breaking season in which he became the highest-ranked Portuguese player in the history of the Official World Golf Ranking.

Alain de Soultrait, Challenge Tour Director, said: “With the addition of several new event and an increase in prize money, we have a very promising 2016 schedule in front of us and we cannot wait to start what is sure to be another memorable season.

“As our motto states, the Challenge Tour is ‘where heroes are made’ and has down the years built a strong reputation for developing and growing the game. Our schedule this year, especially with our exciting new tournaments, reflects this better than ever.

“Just over a week ago, one of our most recent graduates, Brandon Stone, captured a maiden victory on The European Tour, with another of our Members, Haydn Porteous, winning the Joburg Open last weekend.

“They are just the latest of countless success stories which have proven that the Challenge Tour really is the best place for talented young stars to develop into world-class golfers.

“We must extend special thanks to the national federations, promoters, sponsors and partners. Without their continued support the Challenge Tour would not exist, let alone thrive and grow as it currently does.

“Finally, we wish the very best of luck to all our Members and an enjoyable season to all our fans.”

The season starts once again in Nairobi in March with the Barclays Kenya Open, where last year Porteous beat Stone in a play-off, before the Red Sea Egyptian Challenge – the first Challenge Tour event in Egypt since 2010 – and a return to Spain at the end of April.

May will see a return to some familiar sights, taking in the Turkish Airlines Challenge, a trip to 2022 Ryder Cup host nation Italy for the Italian Challenge, a return to Austria for the Kӓrnten Golf Open and the fifth staging of the D+D REAL Czech Challenge.

As the European summer arrives in June, the Challenge Tour swings through continental Europe, visiting Switzerland for the Swiss Challenge presented by Association Suisse de Golf, Belgium for the KPMG Trophy and France for the Najeti Open Presented by Neuflize OBC – the first of three French tournaments in 2016.

August starts with the Challenge Tour’s return to Sweden after a five year absence before the Rolex Trophy in Geneva and another new event, the English Challenge, which closes the month.

September sees a final visit to France for the Cordon Golf Open and a return to Mount Wolseley Hotel Spa & Golf Resort for the Volopa Irish Challenge before the Kazakhstan Open – with the largest prize fund of the season – returns at the start of October, followed by a second trip to Italy.

An enticing fortnight in China for the Hainan Open and the Foshan Open precedes the final two events of the season, the new Ras Al Khaimah Golf Challenge and the prestigious NBO Golf Classic Grand Final that will bring the curtain down on the 2016 Road to Oman Rankings.

See below for the full 2016 schedule.