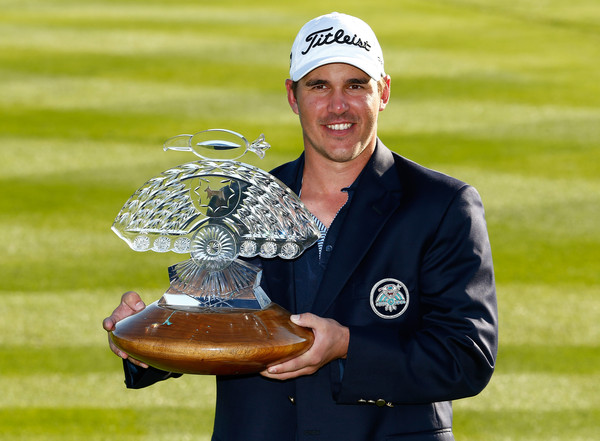 The Challenge Tour, which starts in just under a month in Madeira will be in search of its 27th promotion of Graduates. Thus, there have now been 26 consecutive seasons providing for European and world golf. The majority of the time, the selection is young talent that comes ready to take the next step forward, but not always, because some of them find an opening in the second, third and even fourth opportunities (Italian golfer Alessandro Tadini holds the record, who was able to graduate four times through the Challenge)…

In any case, the Challenge Tour has handed out 385 European tour cards already since its beginnings in 1989. They don’t correspond to 385 different professional names exactly, some of them were repeated in various attempts (as is the case with Tadini. Another Italian, Silvio Grappasonni, was the first to repeat the experience: he graduated in 1989 and again in 1991 after loosing his right to play).

According to the rules, which have varied throughout the years, in 1989 and 1990 only the top five in the rankings graduated. From 1991 to 1995, all together, ten graduated. In 1996 the number rose to fifteen graduates per year; in 2006 it went up to twenty and in 2013 it went back to fifteen graduates per year. In total, 311 different golfers were those who obtained the right to play in the European Tour by competing in the Challenge Tour. Of all of them, 55 were able to obtain the right twice in different years, eight did it three times (Tullo, Dinwiddie, Magnus A. Carlsson, Lockerbie, Gane, Bland, Klaas Eriksson and Iain Pyman) and only one (Tadini) was able to accomplish this on four separate occasions.

If we put the 311 graduates in order according to their pre-season ranking each year chronologically, year to year, we’d go from Graduate Number 1, British golfer Neal Briggs, who was head of the rankings in 1989, until the last to enter, also British, Jason Barnes, who finished off the list of fifteen graduates in 2014. Logically, seniority and the player’s graduate Number is what counts, unique and non-transferrable, which corresponds to the first time that the player graduated, in the event that it had been repeated.

As an anecdote, the following numbers stand out: Graduate 111º, which corresponds to Carlos Rodiles, and the 200º, which is that of Rafa Cabrera Bello. From then on, and with these 311 graduates until today, Tengolf will go in search of the Challenge Tour Golden Graduate every year, who will be the best of class (logically, each season they will add up to more and more players) according to the detailed point system that will add up each performance of each of the players in the two big world golf tours, European and American, even though it will be the European Tour calendar that marks the beginning and end of the search.

Just the fact of passing the cut will add points to each player’s board, according to the category of the tournament, in this order:

3. Super Special Category (which encompasses those tournaments with a minimum of twelve top-50 golfers in the world or 25 top-100 on the course).

6. Silver Category (minimum of ten top-150 golfers of the world).

7. Bronze Category (for the rest of the tournaments of these tours that do not fulfill the criteria of a superior category).

As may be expected, the maximum points allowed with the victory in a major (100 points) and the least that can be obtained is having made the cut of a Bronze Category tournament without making it in the top-50 (0.1 points).

Evidently, not all of us have thought of a top favorite for the first Golden Graduate of the 2015 Challenge: Stenson, Kaymer, essentially. But the surprises and upsets will be in order to date: there lie the cases of Gary Stal (Graduate 288º of the history of the Challenge) or Brooks Koepka (Graduate 290º), who have already won a tournament this year (Abu Dhabi and Phoenix, respectively).

HSBC Women’s World Championship set for April returnNews
9 March, 2021
Defending champion Sung-hyun Park and World No.1 Jin-young Ko have confirmed on International Women’s Day that they will head what is set to be a star-studded field when the HSBC Women’s World…
Three Steps For Better Golf BettingNews
9 March, 2021
If practice makes perfect when it comes to improving your golf game, then research is key to making a successful golf wager. Like pairing a favourable course and reliable set of clubs to create a…
ANA Inspiration the first Major of 2021 celebrates 50th anniversaryNews
9 March, 2021
The 50th edition of the ANA Inspiration will take place April 1 - 4 at Mission Hills Country Club, Rancho Mirage, California, marking a return to its usual position on the calendar as the first…
PGA of America to allow for use of distance-measuring devices during its Major Championships, beginning in 2021News
9 March, 2021
The PGA of America today announced that, beginning in 2021, the use of distance-measuring devices will be allowed during competition rounds at its three annual Major Championships: the PGA…