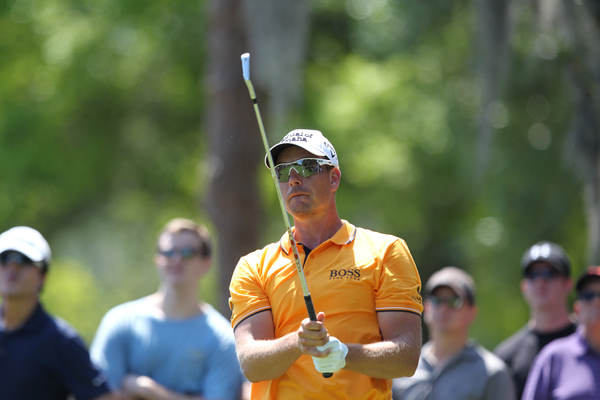 The messenger isn’t to blame. Nobody can say we didn’t warn them just one week ago. Henrik Stenson made his first warning clear in the Golden Graduate rankings of the Challenge Tour after the WGC Cadillac Championship and not even seven days later, he’s already taken charge. It’s all the buzz this week.

The Swedish golfer, fourth in the Valspar Championship, is now first in the Graduate runnings with almost one hundred points accumulated as of today, six more than Brooks Koepka, who was off this week, and nine more than Bernd Wiesberger, who didn’t play either. Here, if you are off your game for a second they pass you by in an instant, because the level is exceptional.

Going deeper than Stenson’s lead, it’s important to highlight Morten Orum Madsen’s strength, the best golfer in the rankings who only competes in Europe and who didn’t participate in the first world championship.

As far as the Spanish golfers, Adrián Otaegui’s rise in the rankings for the second week in a row stands out, who is now in twenty-second place, although Jorge Campillo continues to be the best member of the troops two places above Otaegui. Álvaro Quirós, Rafa Cabrera Bello and Jordi García Pinto are also a part of the rankings.

Regarding the most relevant additions to the rankings this week, the names Andrés Romero, who played in the Valspar, Craig Lee and Eduardo Molinari stand out.

In search of the Challenge Tour Golden GraduateNews
18 May, 2021
The Challenge Tour, which starts in just under a month in Madeira will be in search of its 27th promotion of Graduates. Thus, there have now been 26 consecutive seasons providing for European and…
Bland wins maiden title in 478th appearance at Betfred British MastersNews
18 May, 2021
Richard Bland claimed an emotional first European Tour victory in his 478th appearance after the English veteran overcame young Italian Guido Migliozzi in a play-off to win the Betfred British…
European Tour, Ryder Cup Europe and Two Circles create Tour Consumer ExperiencesNews
18 May, 2021
The European Tour and Ryder Cup Europe today announced Tour Consumer Experiences, an 11-year strategic venture with industry-leading sports marketing and data technology company Two Circles. …
Higgo powers to another win on the CanariesNews
18 May, 2021
Garrick Higgo continued to write his own chapter in the European Tour history books as he powered to a second win in three weeks at the 2021 Canary Islands Championship. Just 14 days after he…