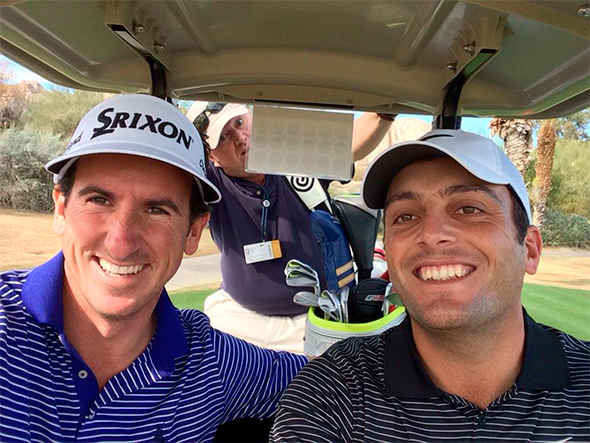 Hi everyone! Vacation is over, time to get back to the grind. The first stop of a three-week streak of tournaments is the Humana Challenge in Palm Springs, California. And it’s incredible how fast the good part comes to an end.

On the one hand, I really feel like getting started on my second season of the PGA Tour. I truly think it’s going to be an amazing year, and that after various slip-ups in 2014, from which I learned a lot, it’s motivated me to come back with a vengeance and to do things well.

On the other hand, I’m going to arrive a bit rusty for these first couple tournaments of the year. It’s logical and normal after eight weeks of down time, but this time, something else came up to alter my plans for the pre-season. Throughout these eight weeks of rest, I’ve had the opportunity to consciously prepare for the first couple events of 2015. And that was exactly what I did during the first three weeks away from competition, but unfortunately strong back pain mid-month in December put my plans to a screeching halt.