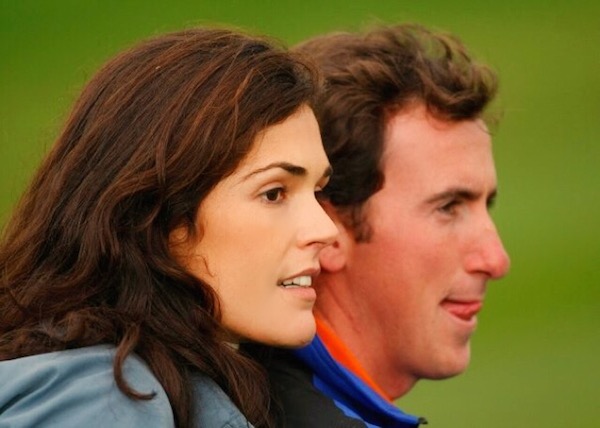 I’m writing this post from Madrid, where the kids and I arrived just over a week ago to spend the summer. It’s incredible how time flies, it feels like just yesterday that we were on our way to the US! The truth is that they really wanted to come see the family, since the last time they were here was last August. I really wanted to go as well, although I had a bad memory from the last time Gon and I went. It was the 1st of January of this year, because of the back problem he had which caused him to miss the pre-season. But anyway, luckily he hasn’t had any problems since then and we hope it continues that way, because professional athletes and injuries is a total nightmare.

Yesterday I attended the pre-screening of Seve in Madrid, and it was nice to come across friends and acquaintances whom I hadn’t seen in a long time. I had a really good time and I can’t stop recommending it, very emotional, inspiring, and had some unedited images that are really worth seeing. My sincere congratulations to the whole team! As I left I remembered the first time I met Seve, in 2007, when Gonzalo was part of the Europe Continental team of the Seve Trophy which was held in Ireland.

We had only been married a short time and, to be honest, I still wasn’t such a big fan of golf, although I would go from time to time to tournaments. I remember that he made a joke about my height, and about being taller than Gon. It was an incredible week of which I have good memories. If I had to choose an adjective to describe my impression that week left on me, and the other times we had coincided, it would be, without a doubt, charisma. Someone who doesn’t go unnoticed, in regards to his admirable sports achievements. Friendly, warm, nice and direct. And very competitive! Our team lost that time, but I can confidently say that he didn’t surrender in any given moment, excited and constantly advising the golfers, and living the tournament from start to finish intensely. Years later, I heard some of the players from both teams reminiscing about that week very fondly.

Our summer plan is similar to that of last year´s: the kids and I will go down south, and Gonzalo will continue to play in the US up until the end of July, he’ll spend a few days here and we’ll go the two of us to a tournament in Washington. I hope to bring him as much luck as last year in Canada! I fully believe that he’ll have a good week that will make up for this difficult year, no doubt about it. I was really excited to read the article “Gonzalo and the fifty three club” the other day by David Duran. Don’t miss out on it because it’s a great read.

Now more than ever, LET’S GO GON!!! You can do it and you’re going to make it!