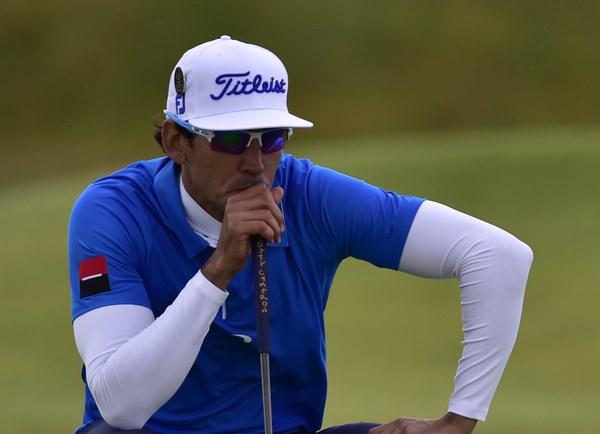 The possibility confirmed of playing in the Open Championship in Saint Andrews is one-of-a-kind. Being among the chosen ones who will tee off on Thursday, July 16th on the 1st hole of the Old course is special in and of itself, an exhilarating feeling like none other, regardless of whatever happens afterward in the heat of the battle.

Rafael Cabrera Bello has been fully aware of this since four months ago, as can be confirmed in the latest blog entry. So it’s easy to understand his excitement for having made it almost in the very last moment thanks to the fifth place he made in the French Open. But on top of that, there is very specific data that tops and almost overflows this Canary Island native with great satisfaction…

How many times have we heard an elite athlete say that the course is easy on the eyes. Or the complete opposite: as much as they play it, they look at it time and again and can’t figure out a way to feel comfortable. In that respect, the love at first sight between Rafa and the Old course came just as natural as it did instantaneous. Cabrera Bello has played in six consecutive editions of the Alfred Dunhill Links, the last six, from 2009 to 2014. As you already know, it’s a highly prestigious tournament in October held on three different courses: Carnoustie, Old course in St. Andrews and Kingsbarns), and whose last round, the decisive round, is also held on the Old course. And the truth is that it hasn’t gone very well for him as a whole, despite the time he ranked fourth place in 2009, because in these last six attempts he did not make the cut on four occasions. His performance in St. Andrews is another thing, very impressive. Throughout this time, Rafa has played eight rounds of official competition on the Old course and the worst he’s ever done there is a final score of par. His accumulated total in eight rounds is -20 and his average score on this course is more than satisfactory: 69.5 shots. With a special mention of the 66 he shot in 2013, and both cards for 68 shots in 2009 and 2014.

But it goes without saying that this notable past does not guarantee anything. A Major is another thing. But it’s already an excellent start when the player-course vibe is positive.

5 Tips for Successful Golf BettingNews
13 April, 2021
The prospect of legal sports betting gets on the horizon with each new day. The common point of concern among golf enthusiasts is how exactly sports betting legalization will affect the sport. Well,…
European Tour Qualifying School schedule revealedNews
13 April, 2021
The European Tour Qualifying School has been bolstered by the addition of four new venues ahead of the competition’s return in 2021. Montado Hotel & Golf Resort in Portugal and…
Play-off success earns van Tonder maiden win in KenyaNews
13 April, 2021
Daniel van Tonder secured his first European Tour title at the Kenya Savannah Classic supported by Absa after defeating Jazz Janewattananond with a birdie on the third play-off hole at Karen Country…
Red hot Harding edges closer to second Kenyan crownNews
13 April, 2021
Justin Harding is 18 holes away from claiming back-to-back titles in the space of five days after the South African opened up a three-shot lead over an otherwise packed leaderboard heading into the…