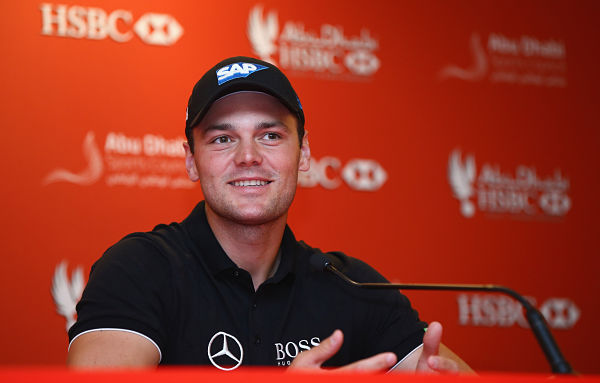 Martin Kaymer returns to the Abu Dhabi HSBC Golf Championship for a tenth consecutive time this week, targeting a fourth victory at a tournament which he saw slip through his fingers this time last year.

The German has a special affinity for the opening event of The European Tour’s famous Desert Swing, having claimed his maiden title at Abu Dhabi Golf Club in 2008 courtesy of a four shot victory over Swede Henrik Stenson, with whom he will play for the opening two days, and England’s Lee Westwood, who is also in the star-studded field.

Also joining Kaymer and Stenson in the opening two rounds will be defending champion Gary Stal, who claimed a remarkable victory 12 months ago, carding a final round 65 to beat Rory McIlroy by one shot, with long-time leader Kaymer a further shot back.

Four-time Major Champion McIlroy is also in the field, alongside current World Number One Jordan Spieth of the USA, and they have been drawn alongside another American in the shape of Rickie Fowler.

“It’s a very special tournament because it was my first tournament ever that I won on The European Tour. Every child, every teenager, when they try to turn pro, that is what they dream of and this was the place where I could celebrate and fulfil that dream.

“So that’s why if you take the other two wins out of it, it will be always a very special place for me, because I think everybody can remember their first ones. Luckily for me it happened in one of greatest places that we go and one of the best golf courses, in my opinion, that we play. So if you take all that in consideration, I think I got very lucky that I won here.”

“I feel really good. I love the course. It’s going to be the first time that I defend a title, so that’s going to be quite exciting. It is strange seeing my face next to Rory and Jordan on the posters.

“When you win, you deal with things that you’re not used to. I continued to practice and work hard, and I just have to accept that it will come back again. But for a period of time, it was something new and I had to deal with it. I feel now that I’m ready for the next step again.”

“The operation went well. My knee looks fine on the inside but obviously it takes some time to recover, and it’s a fairly quick turnaround. I did the same one in 2011 when I operated on my left one. I had exactly the same time span between the operation and when I teed it up here back in 2012.

“It kind of feels the same, as well. It was a challenge to get back to walking back then, and that is the same now. It feels fine hitting balls. That’s not an issue really. Just getting back to walking normally and putting it to the test of walking 18 holes five days in a row is going to be the challenge. I did nine holes yesterday in Dubai, and did nine holes before I came out. I haven’t played and walked that much. We’ll see how that holds up.”

“I’m definitely excited to be back. I feel like it’s a great spot to get the year going over here. You obviously have great weather, and the golf course is in perfect shape from what I can see, being out there yesterday.

“HSBC has done a great job here, and I think we’ve got a pretty strong field, having four of the top six in the world, and plenty more guys behind us that are ready to play some good golf. So it’s going to be a fun week.”