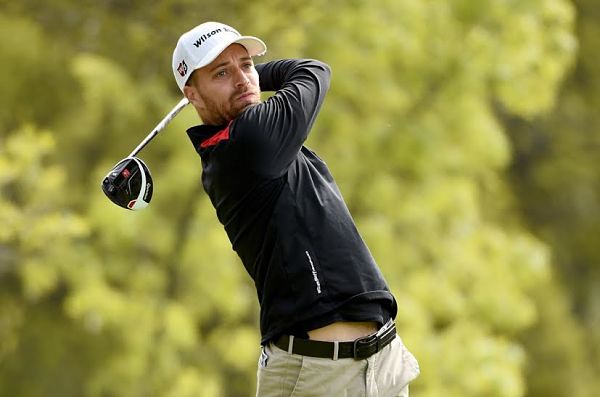 Gary King will take a one shot lead into the final round of the rain-affected Montecchia Open by Lyoness after an eight under par second round of 64 took him to 15 under par at Golf della Montecchia.

The Englishman had to return to complete his final few holes this morning after thunderstorms – which had already washed out Thursday and reduced the tournament to 54 holes – caused play to be abandoned yesterday afternoon.

King is used to 54 hole tournaments, having won twice on his way to graduating from the EuroPro Tour last year, and he hopes to draw on that experience ahead of the final round.

“I’m very happy,” said the 25 year old. “It’s been two good rounds and I feel like mentally I’ve been in a really good place for the last two days so hopefully I can take that into this afternoon and keep doing the same thing.

“It’s funny because I’ve never actually won a 72 hole tournament and my caddie has, so he always holds that over me. Hopefully I’ll get over that one day but the fact that it’s a 54 hole tournament does play into my hands a little bit because I won twice last year on the EuroPro so it’s now a similar sort of thing.

“The best thing about it is that it prepares you so well for the bigger tours, with the cameras and the leaderboards, and it’s a great standard – if you’re winning on EuroPro you can win on any tour.

“It’s not been too bad dealing with the delays. I’ve been in good company this week with my caddie, we’ve managed to do some things off the course and keep ourselves amused and it’s just one of those things you’ve got to get used to on tour.

“I was aware I was leading. There’s a few leaderboards out there and I knew overnight that I’d got to 15 under so was ahead – it was a bit of a shame to have to stop the run because I was on a bit of a birdie train yesterday.

“I’ll stick to the same gameplan I’ve had for the first couple of rounds. I haven’t had a bogey in my first 36 holes so I think that will be the aim again this afternoon, just keep hitting greens and don’t make any mistakes.

“I hope this is my moment. I know that my game is very close and my game is good enough, it’s just about putting the process together and making all the right decisions.”

Behind him is overnight leader Gary Hurley on 14 under par, one shot ahead of Dutchman Jurrian van der Vaart, with American John Hahn, Finland’s Jaakko Makitalo and Italy’s own Andrea Pavan within three shots of the lead on 12 under par.

Guido Migliozzi, the highly-rated amateur playing this week at his home club, finished on seven under par to make the cut – which fell at four under par – along with 72 others.